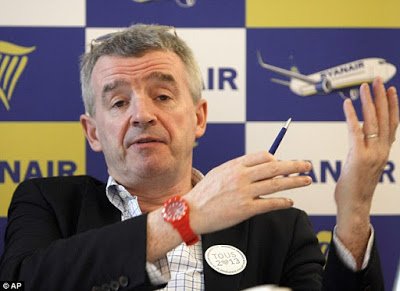 Ryanair CEO Michael O’Leary has proven to people that being nice to the customers will influence them to fly more. Ryanair have posted record passenger growth for August 2015 with a sharp increase of 10% to 10.4 million passengers in the month of August. They have also announced that all flights are hitting a load factor of at least 95%.

When O’Leary started playing nice in 2014, the passenger numbers grew in result as in the year of 2014, Ryanair flew over 90 million passengers to and from their huge network of destinations across Europe.