NEWS Shaheen Air NL-142 crash landing: Pilot was under the influence of alcohol 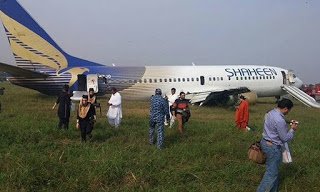 The Shaheen Air International pilot commandeering flight NL-142 which crash-landed at Lahore airport earlier this month was intoxicated and fatigued at the time of landing, a medical report reveals.

In an official press release by the Civil Aviation Authority titled ‘Snap/random medical tests of cockpit and cabin crew’, the CAA stated that it has conducted a medical investigation involving the cockpit crew following the incident. The press release stated that the “the pilot in command had an unacceptable level of blood alcohol and lactate. The lactate indicates that the pilot was fatigued”.