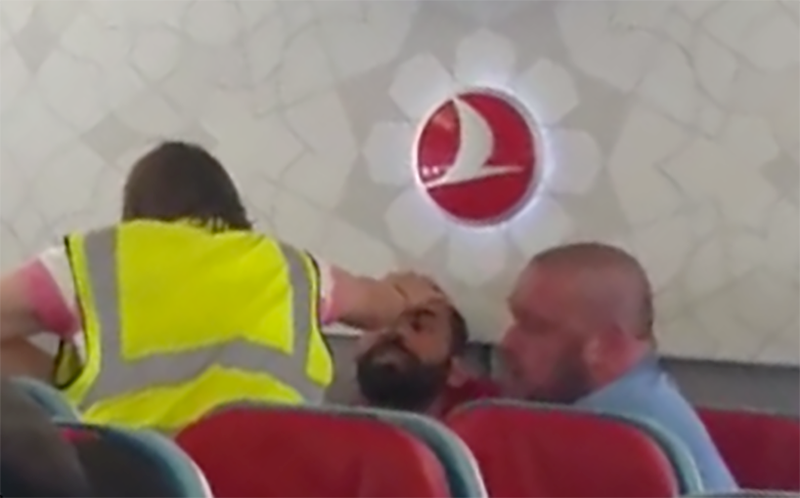 Shocking video filmed on a Turkish airlines flight shows an Afghan man being hit and restrained while the plane is still on the tarmac. In distress, the man exclaims he is being deported despite having Italian documents.
“I can’t breathe honestly,” the passenger can be heard saying as a man restrains him.

The video was filmed and uploaded to Facebook on Saturday by Ahtzaz Ali, who told RT the confrontation took place on a Turkish airlines flight set to take off from London’s Heathrow airport for Istanbul.

“Why is he slapping him?” one passenger can be heard saying in the video. A member of the crew responds with “please stop your mobile phone.”

The Afghan man can be heard yelling to the camera: “Please send to the media. I am Afghan. I have Italian documents… they are rejecting the information.”