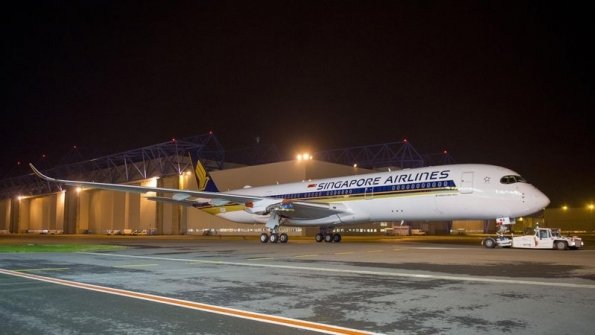 Singapore Airlines announced it will debut its A350 service in Houston in January 2017.

Singapore Airlines will debut its A350 service in Houston in January 2017. This announcement comes just weeks after launching its new non-stop route between George Bush Intercontinental Airport and Manchester Airport in England.

The twin-jet featuring Singapore Airlines’ new three-class cabin (business, premium economy and economy) will service the route between Houston and Manchester beginning January 17, 2017. The A350, which can seat up to 366 passengers, replaces the 278-passenger Boeing B777-300 Extended Range aircraft originally used for the route.