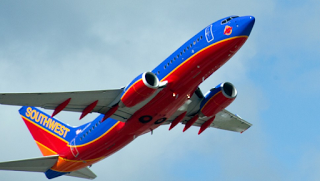 A southwest airlines flight attendant along with the NYPD had removed a arrogant and very abusive male passenger from the aircraft as it began it;s push back from the gate on Thursday. The Boeing 737-800 aircraft with 134 pax on board was leaving KJFK for KDFW when the plane was towed back to the gate after this passenger became abusive and violent towards cabin crew and passengers over his seating arrangements. It did not take long for the police and other agencies to board the aircraft and a rest this man for his behavior. Southwest airlines has now banned this man from ever flying SWA again.