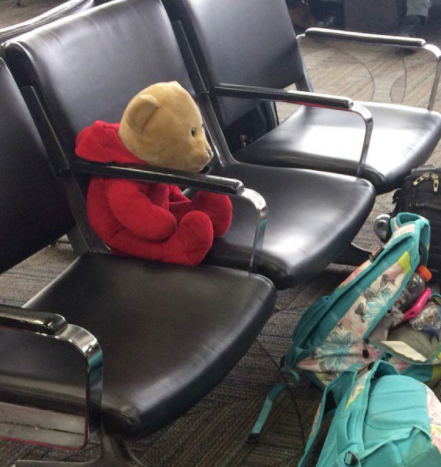 Through the shootings at Fort Lauderdale-Hollywood Worldwide Airport final week, a younger woman named Courtney left behind her teddy bear within the chaos that ensued.

As their 10-yr-previous daughter was crying over her misplaced pal, Courtney’s mother, Kim, despatched out a tweet pleading for assist in finding the bear named Rufus.

Fortunately, simply days after the shootings that left 5 individuals lifeless, airport staff discovered Rufus among the many hundreds of things left behind through the incident.

10 y/o Courtney reunited with her favorite teddy bear Rufus @FLLFlyer after having to leave him behind Friday amidst the chaos @WPTV pic.twitter.com/L9IucI6i6G

Tuesday afternoon, Courtney and Rufus have been reunited on the airport.