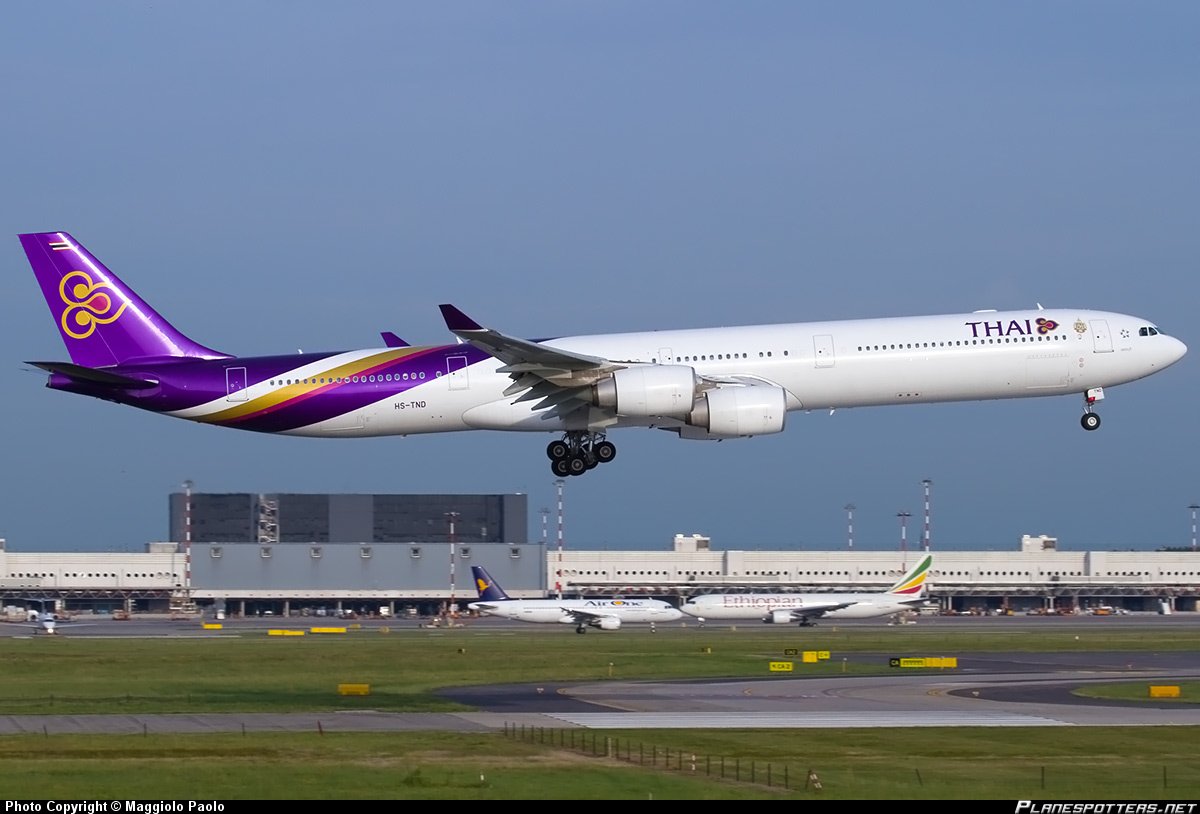 Thai Airways International has been gradually updating its Winter schedule for 2014/15, with the marking of the end of Airbus A340 service in the airline. The planned last A340 operation is as follow:

The A340-500 was retired by Thai Airways International in 2012. HS-TLA. HS-TLB and HS-TLC were retired in June of that year. Whereas HS-TLD was retired in December of 2012.

The A340-500s have been put up for sale on many occasions by Thai Airways; but no airlines have been interested in the aircraft and have been stored at Don Mueang Intl Airport since their retirement in 2012.