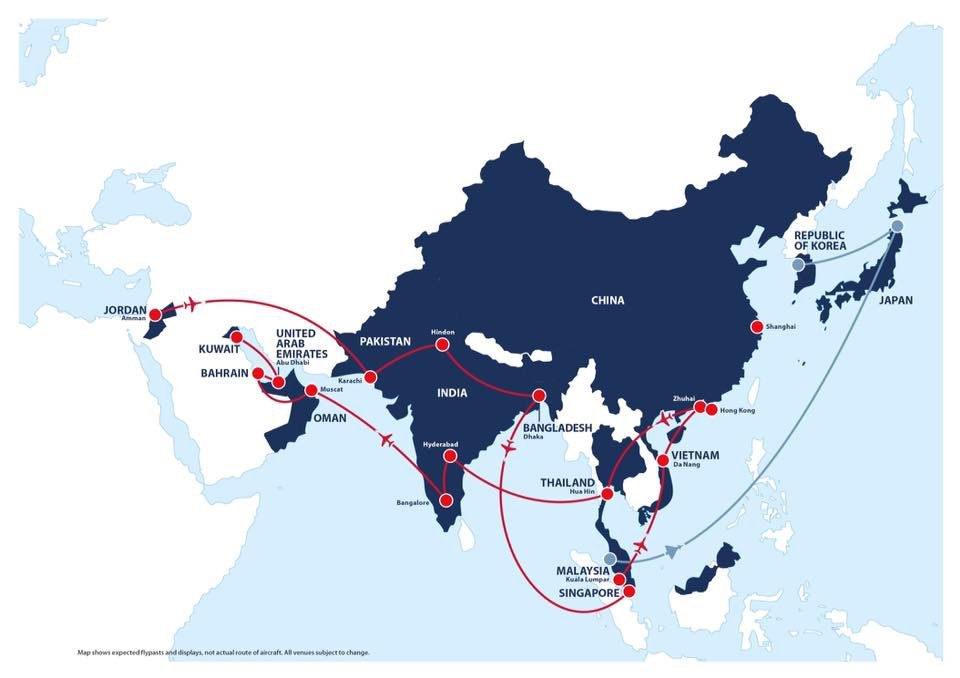 The Red Arrows have embarked on the team’s biggest overseas tour in a decade.

2016 Tour Departure More than 20 displays and a series of flypasts will be performed across the Asia-Pacific and Middle East regions by the Royal Air Force Aerobatic Team.

The major tour, which will take two months to complete, will see the Red Arrows perform in China for the first time ever.

The deployment will contribute to the UK government’s GREAT campaign and showcase the best of British innovation and industry.