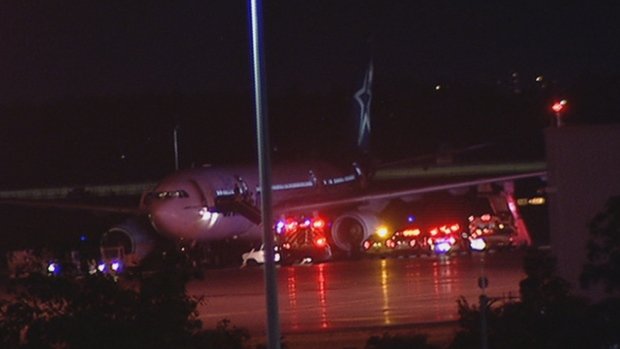 The Canadian Transportation Agency (CTA) has issued Air Transat a please explain after 2 of it’s European flights to Montreal spent hours on the tarmac with passengers onboard on July 31. The flights were 2 of approximately 20 that were diverted to Ottaw a during a chain of storms affecting Montreal.

I'm sorry to hear that – it's up to the airline to determine whether to deplane or wait it out when a flight diverts.

During the 6 hour wait food was rationed to children, water ran out and the A/C cut out after the plane ran out of fuel. Passengers repeated requests to deplane were denied. At least 1 passenger called 911 four hours into the delay. Paramedics, police and airport staff then attended and came aboard. Paramedics treated one person on board, airport staff handed out bottled water and police decided it wasnt a police matter. The plane’s doors were then opened to allow air flow through the plain. One passenger also repeatedly requested that her dog in the cargo hold be checked. The dog wasn’t checked until emergency responders attended.

Air Transat issued a statement, written in French, saying that the situation was beyond their control, and due to the multiple diversions air bridges and mobile stairs weren’t available, and ground crew weren’t available to fill the water resevoirs. A fuel shortage led to the lack of air conditioning. They also apologised to the passengers.

On August 1 the Ottawa International Airport Authority released a statement contradicting Air Transat’s. The airport stated they had a gate and stairs available if the airline decided to deplane, they were willing to take supplies of water, food and other items to the plane, but never received clearance from the airline. The authority also state they had tried making contact, but the aircrew were uncommunicative. Air Transat then issued a further statement saying that Ottawa Airport’s events were not consistent with theirs and they would continue their investigation.

The CTA has given Air Transat until 5:00pm ET August 4 to respond as to why they shouldn’t be found to of not respected it’s Tariff.

The Canadian government is currently proposing an airline passengers bill of rights.