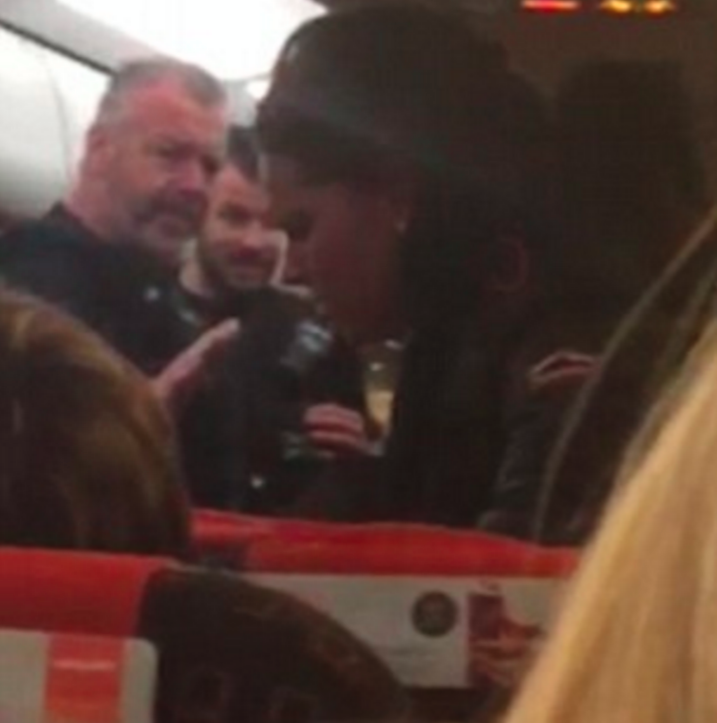 This is the moment an entire plane full of disgruntled passengers cheered as two women were escorted off an easyJet flight by police after they allegedly shouted ‘Allahu Akbar’ during two hours.

The pair were filmed being taken away by officers after causing ‘drama’ on a Valentine’s Day flight from Prague to London Stansted.

As the officers removed them the passengers can be seen cheering and clapping – but one of them still grins back at them.

Despite their alleged anti-social behaviour police decided against arresting them and let them go home after giving them a warning.