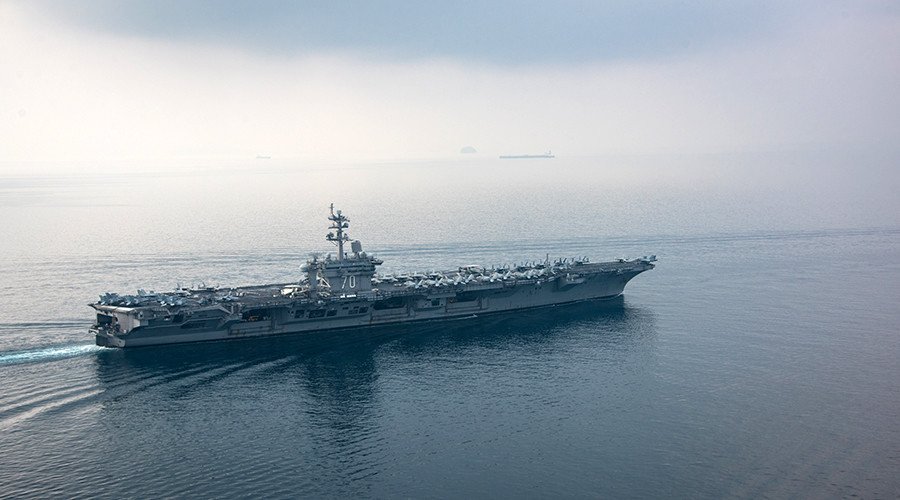 The aircraft carrier group should arrive in waters along the Korean Peninsula “within days,” US Vice President Mike Pence said on Saturday, without giving any specific details.

Meanwhile, Japanese destroyers Samidare and Ashigara joined the USS Carl Vinson’s group to carry out “various tactical exercises,” the Japan Maritime Self-Defense Force (JMSDF) said in a statement on Sunday. The area in which the exercises are to be conducted was vaguely described as the “Western Pacific.”

Tensions between North Korea and the US have been growing exponentially over the past few weeks. Pyongyang has repeatedly urged Washington to snap out of its “military hysteria” and come to its “senses” – or face a merciless response, if “provocations” against North Korea continue.