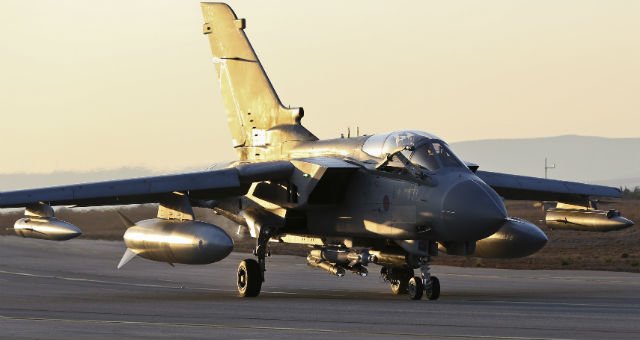 The UK House of Commons has bantered about the potential expansion of its counter-terrorism air strike crusade from Iraq into Syria, taking after a radical assault in Tunisia on 26 June amid which British natives were slaughtered.

It was chosen by the Commons in September that the Royal Air Force would join a coalition push to complete strikes in Iraq against Islamic State (IS) aggressors, however Prime Minister David Cameron asserted at the time the UK would not take part in Syrian assaults unless it was affirmed by the Commons through a vote.

Regardless of whether this vote will be presented stays to be seen, however Michael Fallon, safeguard secretary, inferred to the Commons that this is the arrangement of the Conservative government, utilizing the assault as a part of Tunisia and parallel brutality in France and Kuwait around the same time as purposes behind further intercession.

“It was a day of fear that offers a chilling update that the world we live in is a darker spot,” Fallon told the Commons on 2 July. “It now appears as though it was a [IS]-enlivened plot.”

Fallon included that it has been closed the culprits of the Tunisia assault “sorted out from northern Syria”.

Syria is a politically touchy region for the UK. In spite of the fact that it perceives that the occupant Assad administration has submitted human rights infringement, a move to mediate in Syria against this was vetoed by the legislature in 2013.

“This is another parliament and this is something to consider painstakingly,” Fallon includes. “Our position remains that we would go to the house for regard before completing strikes [in Syria].”

As of not long ago the RAF has upheld the coalition strikes in Syria by giving observation to those missions, yet has not completed any strikes itself.

Restriction shadow resistance secretary for Labor, Vernon Coaker, included: “We stand prepared to work with the administration and will painstakingly consider a proposition.

“This is the time for a considered appraisal of the best course to take.”

Moreover, Fallon takes note of that the RAF has completed about 1,000 missions and 300 strikes in Iraq, with 30% of the insight, observation and surveillance being done by the UK.