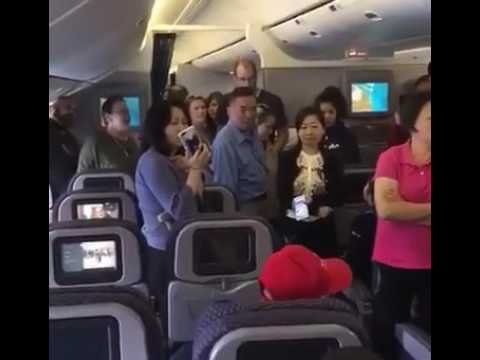 An United Airlines flight from China to Newark was forced to make an unscheduled stop at San Francisco International Airport after the flight crew became exhausted from delays caused by an unruly passenger while the plane was boarding in Shanghai, officials said.

The unidentified passenger became agitated after being denied an upgrade. He stood up and yelled at passengers and demanded he be allowed to use two seats in his row that had already been assigned to others.

The outburst delayed the flight as attendants tried unsuccessfully to calm him down.

The unruly passenger “refused to comply with crew member instructions and became increasingly disruptive when asked to deplane the aircraft,” United said in its statement.