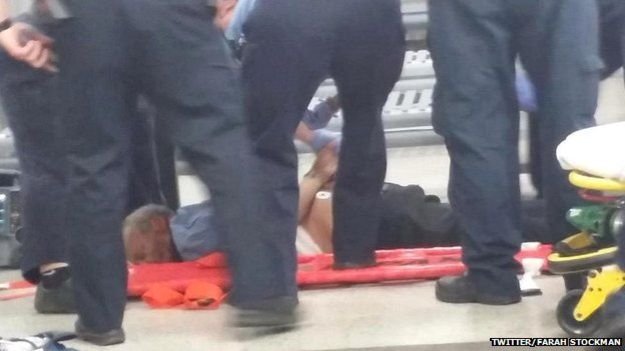 Richard White who was 63 was shot by police as he tried to storm a checkpoint at New Orleans international airport on Friday, has now died from his wounds, local police say.

The man had allegedly struck a security worker with a large knife after attacking another with spray.

White was shot three times by another officer and transported to hospital to be treated for leg, chest and face wounds. A new conference on Saturday, officers had described the man of having mental health problems.

Officials say Lt Heather Slyve shot Mr White as he had continued to threaten the security agent with his knife.

An officer had praised the actions of her colleague Lt Slyve saying “She probably saved my life because he was within inches of whacking me; she saved a lot of people’s lives. This man was swinging very hard with the machete.”

Mr White was found to have been carrying petrol bombs in his bag as well as smoke bombs in his car which he had parked near to the airport.

Chaotic scenes is what was said by those passengers making their way to and from flights in the busy terminal as the incident unfolded.

Jeremy Didier who had just arrived from Florida told The Time-Picayune (a New Orleans newspaper) that he saw a man “jumping over people” in the queue at the boarding pass checkpoint.

Two gunshots rang out and “everyone hit the floor”, Didier said. 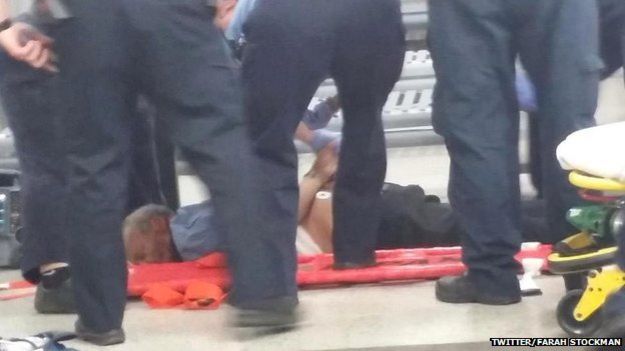