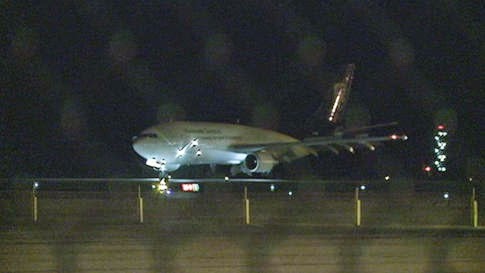 A UPS cargo plane from Connecticut made an emergency landing at the Chicago Rockford International Airport late Wednesday.
The flight was on its way to Louisville, Kentucky when the pilot put it down in Rockford at about 11 p.m. because a problem with the aircraft’s hydraulics.
Four crew members were on board, but none were injured.
September 11, 2014
Share this post
Share on FacebookShare on Facebook TweetShare on Twitter Share on WhatsAppShare on WhatsApp Share on LinkedInShare on LinkedIn