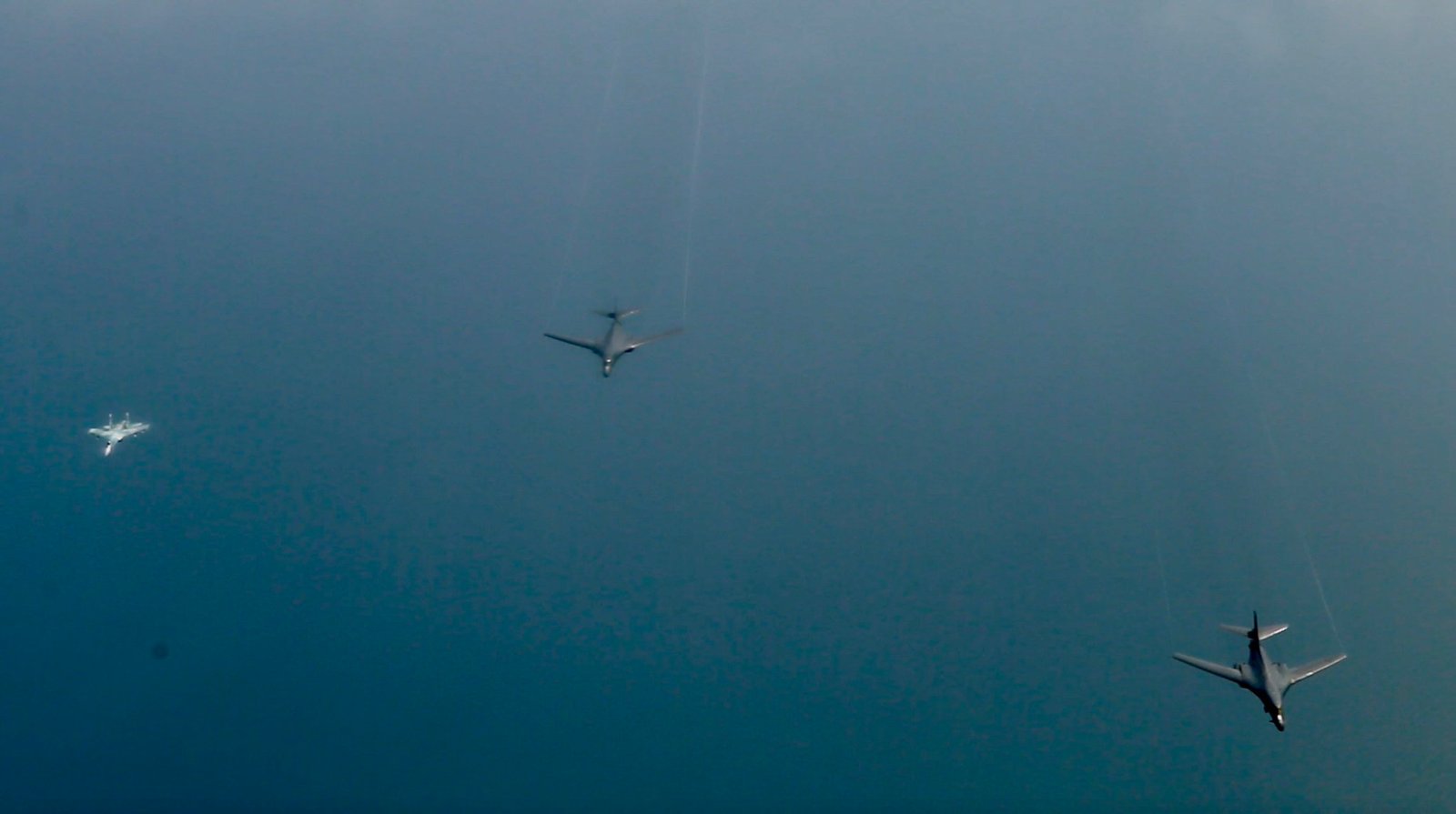 A Russian Su-27 Flanker approached to around 100ft of the B-1B, which is temporarily deployed to RAF Fairford during during Baltic exercise. 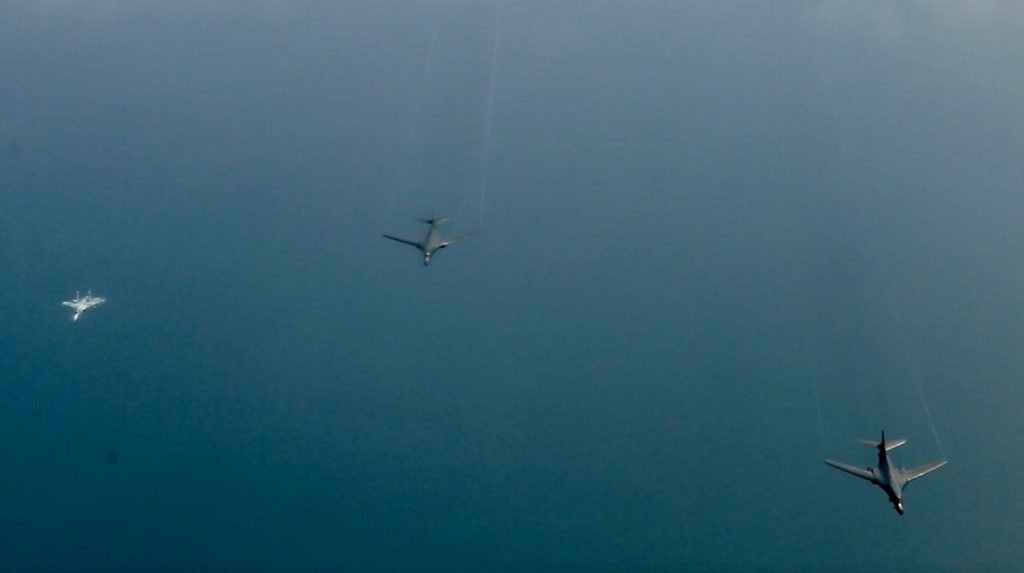 The USAF is supporting the exercise with around 600 airmen and eight Air Forces Global Strike Command bombers deployed to Fairford. 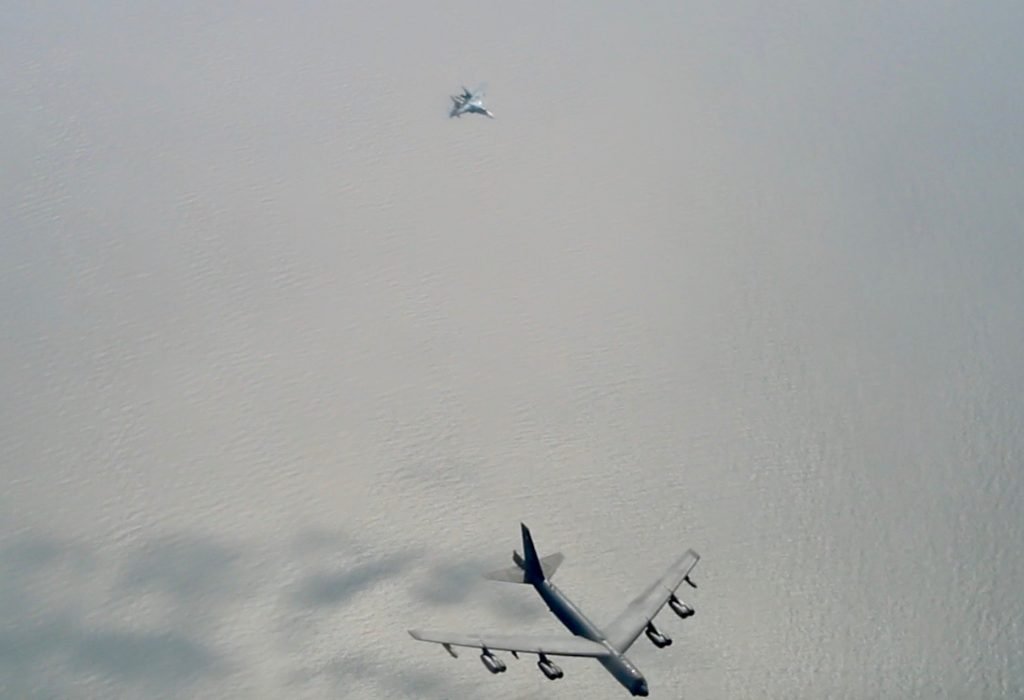