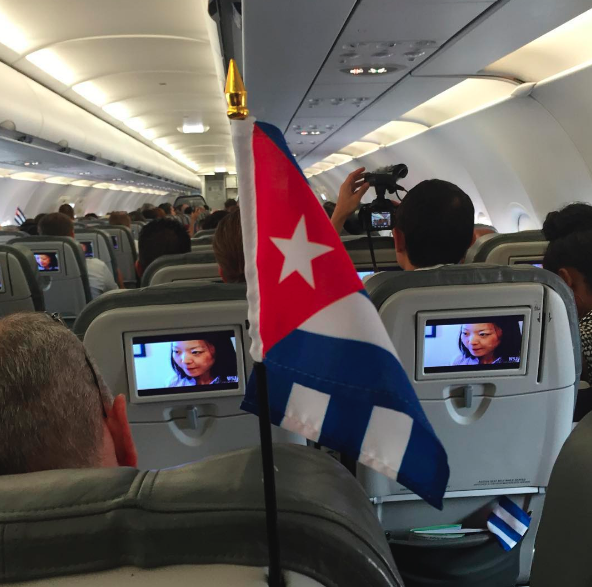 When JetBlue Flight 387 touched down Wednesday in Cuba, it was the first direct commercial flight between the US and the island in over a half-century.

The Fort Lauderdale, Florida, to Santa Clara, Cuba, flight is the latest symbol of the thawing of relations between the former Cold War adversaries, who restored diplomatic ties in 2015.
Soon, up to a maximum of 110 daily flights operated by US carriers are due to begin flying to the communist-run island, according to the US Department of Transportation.