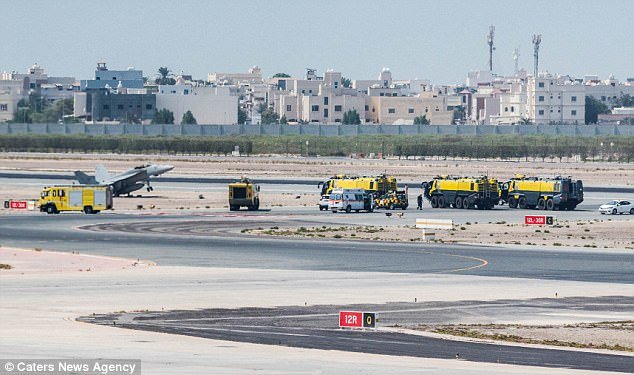 A US F/A-18 fighter jet suffering an engine problem crash landed Saturday at Bahrain International Airport and its pilot ejected from the aircraft after it ran off the runway, authorities said.

The crash disrupted flights to and from the island nation off the coast of Saudi Arabia that’s home to the US Navy’s 5th Fleet.

The F-18 took off from the USS Nimitz, an aircraft carrier now in the Persian Gulf, said Cmdr. Bill Urban, a fleet spokesman. 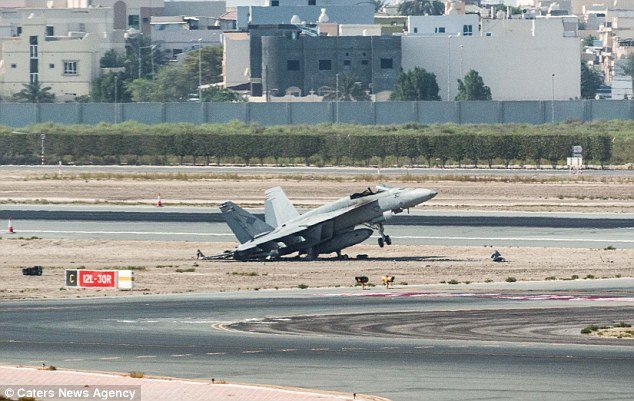 While in flight, the plane suffered an engine malfunction, forcing the pilot to divert, Urban said.

The pilot initially tried to land at Sheikh Isa Air Base in Bahrain, but instead had to divert to the island’s commercial airport, Urban said.

‘Due to the malfunction, the aircraft could not be stopped on the runway and the pilot ejected from the aircraft as it departed the runway,’ the commander said in a statement.