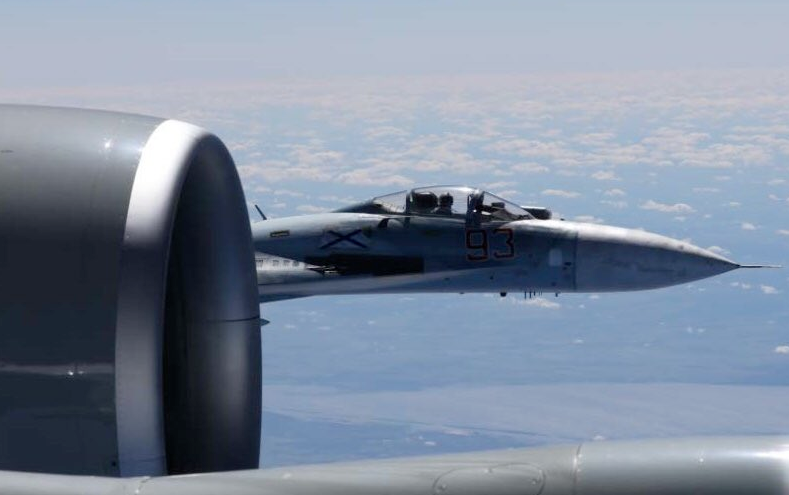 The images show the Russian SU-27 coming within five feet of the wing of the U.S. RC-135U so close the Russian pilot can be seen in the cockpit in some images.