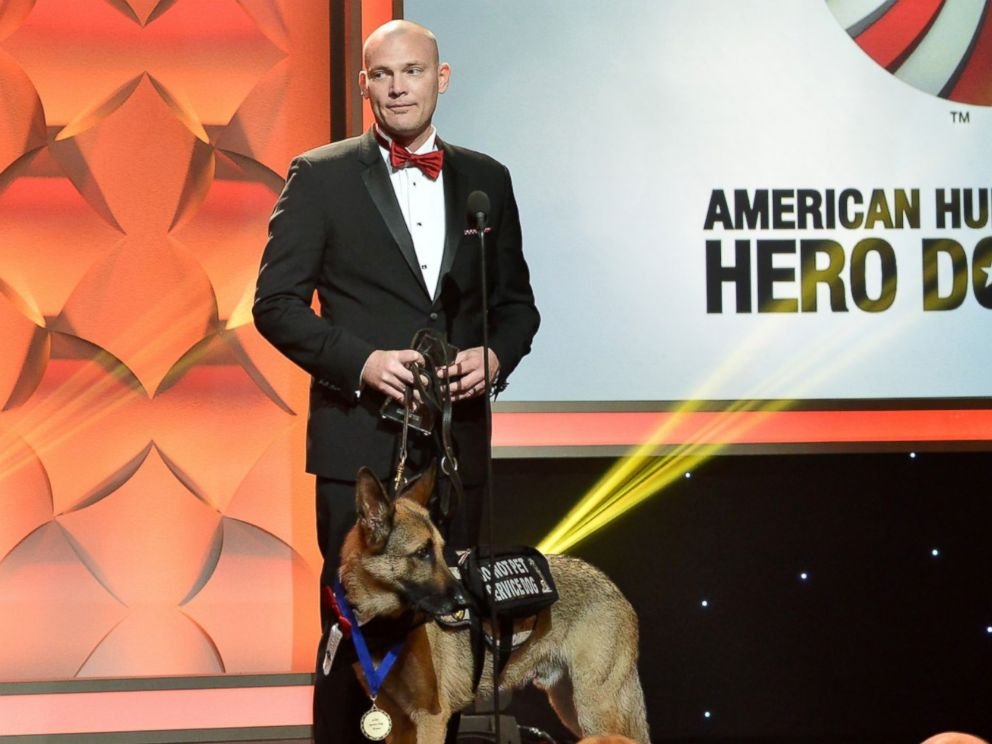 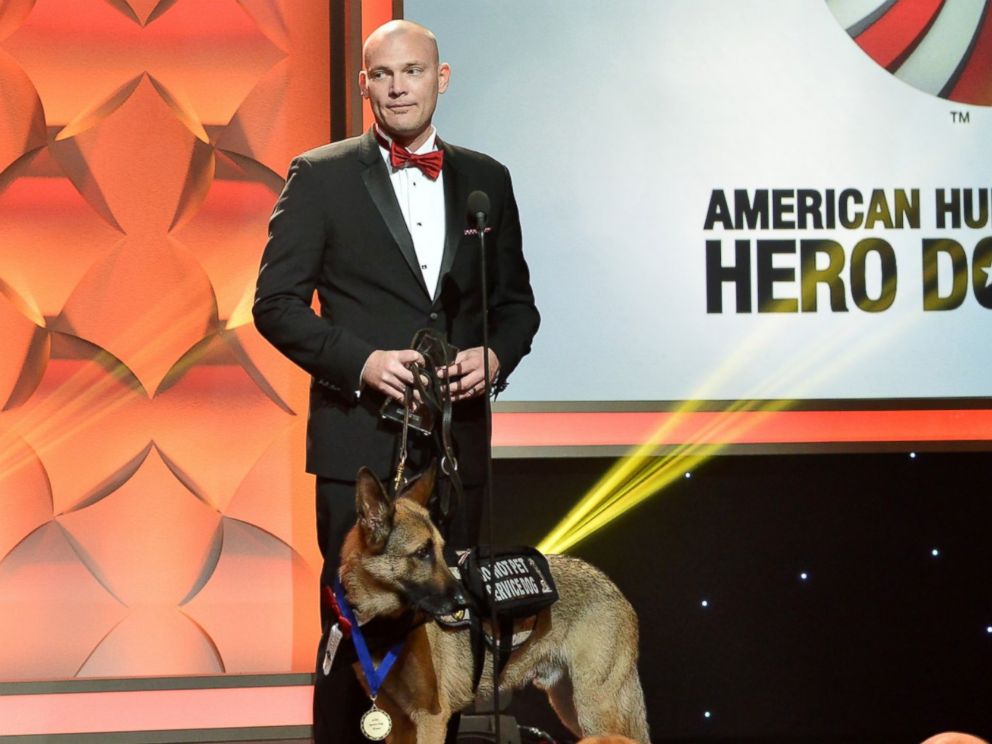 A Marine Corps veteran says he and his dog were stopped from boarding an American Airlines flight after gate agents accused the man of pretending the animal was a service dog.
Jason Haag, of Fredericksburg, Virginia, was wounded in action and later received service dog Axel to help him manage post-traumatic stress disorder and traumatic brain injury, he told ABC News today.
Haag, 35, said Axel “saved my life.”
“He can take me out of anxiety attacks, he can pull me out of flashbacks … my dog is my lifeline,” he said.