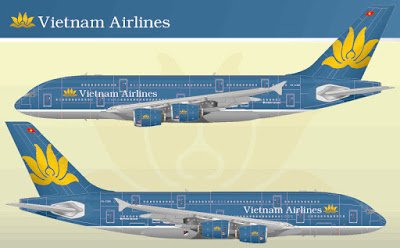 Vietnam Airlines has formally dropped the A380-800 from its five-year operational plans due to not signing their MOU renewal after it expired in 2013. As a result of this, Vietnam’s fleet will have 122 aircraft by 2020 instead of the 150 it stated they were going to have by 2020.

Vietnam said that they have seen a change in the market conditions and that there has been a greater focus seen on the A350-900 and the B787 Dreamliner. Furthermore, Long Thanh International Airport, the new airport for Vietnam Airlines, will not be able to accommodate an Airbus A380 until 2020 anyway when it becomes fully operational.

Vietnam’s final reason into dropping the A380 orders were due to the pressure of seeking funds for the purchase of the aircraft. Between 2015 and 2019, Vietnam will take delivery of 8 Boeing B787-9’s and 10 Airbus A350XWB Aircraft.