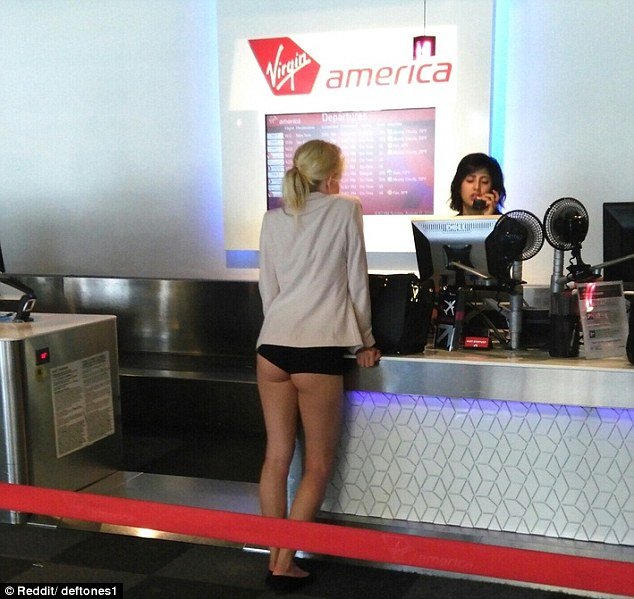 A young woman checking into a Virgin America flight arrived at chec-in with just a pair of underpants on her lower half.

The blonde passenger shocked those queuing behind her at the check-in desk after brazenly speaking to a member of staff with her bottom exposed.

The picture, which was uploaded to Reddit by user Deftones1 with the caption: ‘Meanwhile at the airport’, attracted plenty of confused comments.

One person questioned whether the air conditioning had broken down at the airport, because the Virgin America employee also appeared to be suffering from the heat with two electric fans directed at her face.