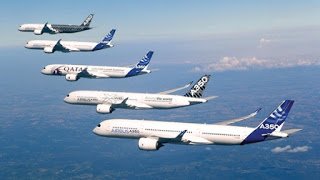 Virgin Atlantic Airways Ltd. is set to announce a deal for 12 Airbus Group SE A350-1000 jets with a list price of $4.3 billion as Richard Branson’s flagship carrier renews its wide-body leisure fleet, according to people with knowledge of the plan. U.K.-based Virgin will probably buy nine of the twin-engine planes directly from Airbus and take three from leasing firms, said the people, who asked not to be named because negotiations are private. Virgin Atlantic has said it’s evaluating both the A350 and Boeing Co.’s 777 to replace the four-engine Boeing 747s jumbos that form the heart of its long-haul leisure operations at London Gatwick airport with more fuel-efficient jets. The company said Tuesday that the process remains ongoing and that it will make an announcement once a decision is taken. Airbus declined to comment.