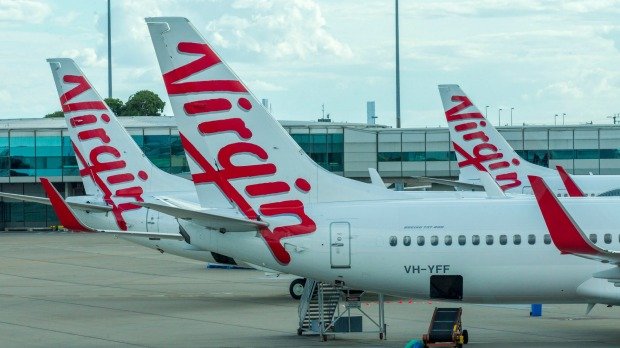 Virgin Australia will offer free food and checked baggage to passengers on flights across its entire domestic network as it endeavours to chip away at Qantas’ grip on the market.

Australia’s second-largest airline said it would tailor its food and beverage selection to the time of day and the duration of flights, varying from a muffin and yoghurt to a sandwich and a drink.

The rollout of the complimentary meals from Wednesday includes Virgin’s regional network.

Until now, free food had been mostly limited to flights between Melbourne, Sydney and Brisbane.

The airline’s head of customer service, Mark Hassall, said the new offering was further proof of Virgin’s efforts to remodel itself as a full-service carrier.

“We’re delighted to announce that the Virgin Australia product offering now includes complimentary food and drink, checked baggage on all flights as well as entertainment across our domestic network,” he said.

“The rollout of free food and checked baggage, to complement our wireless in-flight entertainment, is an important part of our ability to deliver a consistent, premium service across our network.”

Virgin sources its food from caterer Gate Gourmet and its inflight menu is designed by celebrity chief Luke Mangan.

While it was launched as a budget airline in 2000, Virgin has spent the last five years reshaping itself as a full-service rival to Qantas, which has involved flying twin-aisle A330 aircraft on transcontinental routes, rolling out new business-class seats and opening new lounges. It began offering wireless streaming on its Boeing 737 fleet in September 2013.

Earlier this year, Virgin also completed the purchase of the remaining shares in Tigerair Australia that it did not already own, giving it a low-cost offshoot to help fend off advances from Jetstar.

Virgin said it would continue to serve complimentary tea, coffee, juice and water on all flights, as well as wine, beer and soft drink between 5pm and 7pm Monday to Friday.

It will also have other food and drinks for passengers to purchase.

Qantas also offers a meal and checked baggage to its passengers.