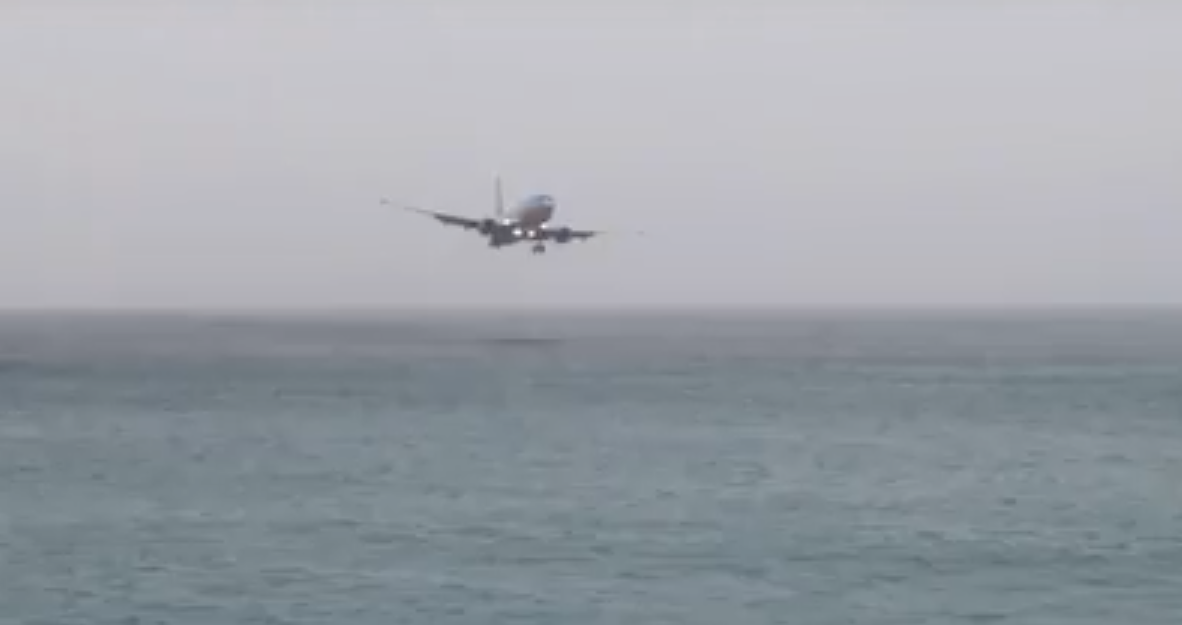 Video and photo emerging of Westjet #WS2652 from Toronto flying very low above the sea on final approach to Sint Maarten Island on March 03, 2017. 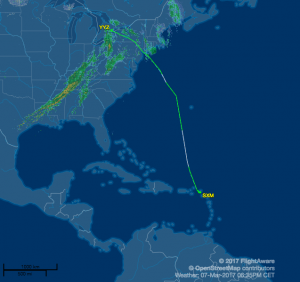 The Boeing 737-800 (reg. C-GWSV) Disney livery, was on approach to runway 09 at Sint Maarten when a go-around was initiated. The aircraft climbed to 2,500ft and entered an holding pattern for 45min before a second attempt and a safe landing.

WestJet Denies Close Call
“According to the information I have been given there was nothing unusual about the first approach,” said Lauren Stewart, a spokeswoman for the Calgary-based carrier. Citing FlightAware logs, Stewart said the plane was never lower than 500 feet before the go-around.

Visibility at the time of incident was about 2000m.