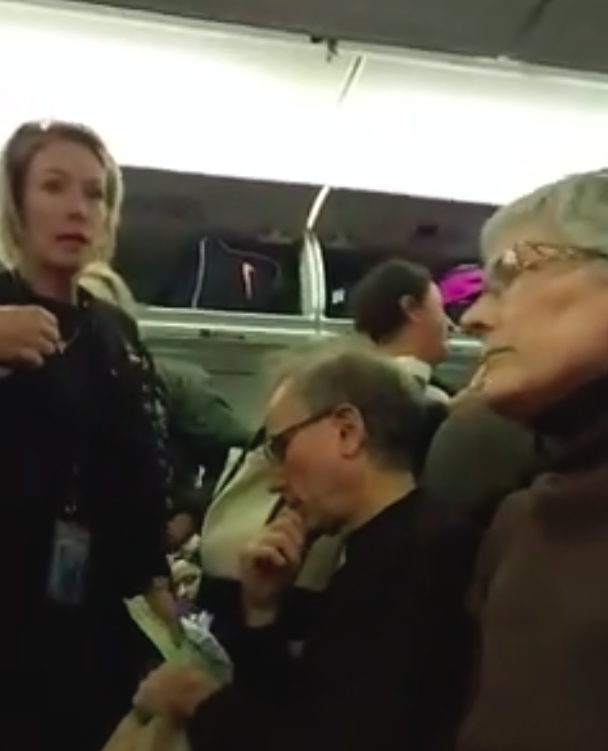 A passenger who berated a Trump supporter for “putting that man’s finger on the nuclear button” was thrown off a plane.

The woman told a flight attendant that she would like the man next to her to change seats, seemingly because of his support of Donald Trump. The woman then berated the man, saying “You put that man’s finger on the  nuclear button”.

The flight attendant asked: “Is there going to be a problem?”. The woman said she was sorry and she would be quiet but an employee then said she would have to leave the plane.

The woman was escorted off the plane as passengers cheered and shouted “USA!”