NEWS: Woman claims her family was kicked off a United Airlines flight because her daughter has autism 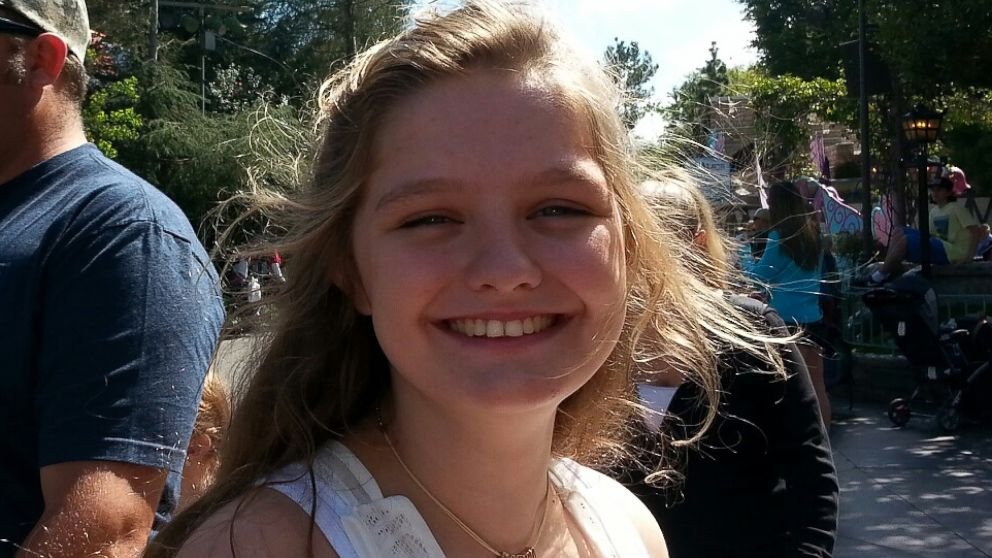 A woman has threatened legal action after her family was removed from a US flight when she requested assistance with her autistic daughter.

An Oregon woman claims United Airlines kicked her family off a Portland-bound flight because of her teenage daughter who has autism.

Juliette Beegle, 15, was diagnosed with autism just before she turned three, her mother, Donna Beegle, told ABC News. While her daughter has a high IQ, Beegle said, she has a hard time communicating.

On Tuesday, Beegle said she, her husband, Juliette, and Juliette’s brother boarded a layover flight in Houston on their way home to Portland.

The family ate dinner in Houston, Beegle said, but Juliette refused to eat. Beegle brought some snacks on board for her because “if her blood sugar lets go, she gets frustrated and antsy. We try to anticipate that and prevent that.”

After boarding, Beegle said she asked the flight attendant if she had any hot meals. “Juliette refuses room-temp food,” Beegle said. “I had no real way to bring hot snacks in my bag.” The attendant told her they had a hot sandwich, but the sandwich arrived cold, Beegle said, and Juliette refused to eat it.

“I could see [Juliette] getting frustrated,” Beegle said, adding that she asked the flight attendant to check on meals available for purchase in first class. “I asked if I can purchase something hot for my daughter and [the first class flight attendant] said no” she said. “I called him back over and I said to him, ‘Please, help us out here,'” but he again refused.

“He came back again and I said, ‘I have a child with special needs, I need to get her something.’ And he said, ‘I can’t do that,'” she explained. “I said, ‘How about we wait for her to have a meltdown, she’ll be crying and trying to scratch in frustration. I don’t want her to get to that point.'”

The attendant then brought Juliette rice and jambalaya, Beegle said, and “she ate and she was fine.” About 25 minutes later, according to Beegle, an announcement over the loudspeaker said the plane was making an emergency landing because of a passenger with “a behavior issue.”

Paramedics came on board and asked what was wrong when they found Juliette happily watching a video, Beegle said. “The paramedic said this was an over-reactive flight attendant and started shaking his head, and said ‘We have real work to do’ and left,” she said. “We were still baffled.”

Police then came to their row, Beegle said. “They see this little teenager sitting there watching a video and they asked if there was an issue, and I said, ‘No.'” When the officers started to leave, the captain stepped out of the cockpit and said something to them, Beegle said. They then asked her family to leave, she said.

“He said, ‘The captain has asked us to ask you to step off the plane.'” Beegle said. “I said, ‘She didn’t do anything’ … But the captain said he’s not comfortable flying on to Portland with [Juliette] on the plane.”

“It just killed me for her to be treated that way,” she said, adding that the passengers around her agreed that Juliette wasn’t disrupting anyone. The police apologized, Beegle said. “It was awful,” she said. “It was completely uncalled for.”

Another traveler, Jodi Smith, who was sitting three rows behind Juliette, said she heard the entire conversation with the first-class flight attendant. “He was being totally ridiculous,” Smith said.

“Then the medics came on, then the police … They went right straight to Dr. Beegle. You could hear them saying their daughter was perceived as a threat,” Smith told ABC News. “I stood up and said, ‘Absolutely positively not.’

“This was the epitome of discrimination,” Smith said. “I have never in all my years of flying seen anything like this.”

Beegle said Juliette has traveled often, saying her daughter has been to London, Paris and 22 states. “We’ve never experienced anything like that,” she said. “It was horrific.”

Beegle said she filed complaints with the Federal Aviation Administration and United Airlines and received responses from both, agreeing to investigate. She said she is also planning to file a lawsuit against United. Beegle said her goal is to encourage autism training for airline workers.

“If they had autism training when I explained to him when I needed something hot, we could have found a workable solution together,” she said. “But his whole view was, ‘I’m trained to give a first class meal.’ He didn’t understand at all. He was disrespectful, he was rude.”

United Airlines told ABC News in a statement: “After working to accommodate Dr. Beegle and her daughter during the flight, the crew made the best decision for the safety and comfort of all of our customers and elected to divert to Salt Lake City after the situation became disruptive. We rebooked the customers on a different carrier and the flight continued to Portland.”