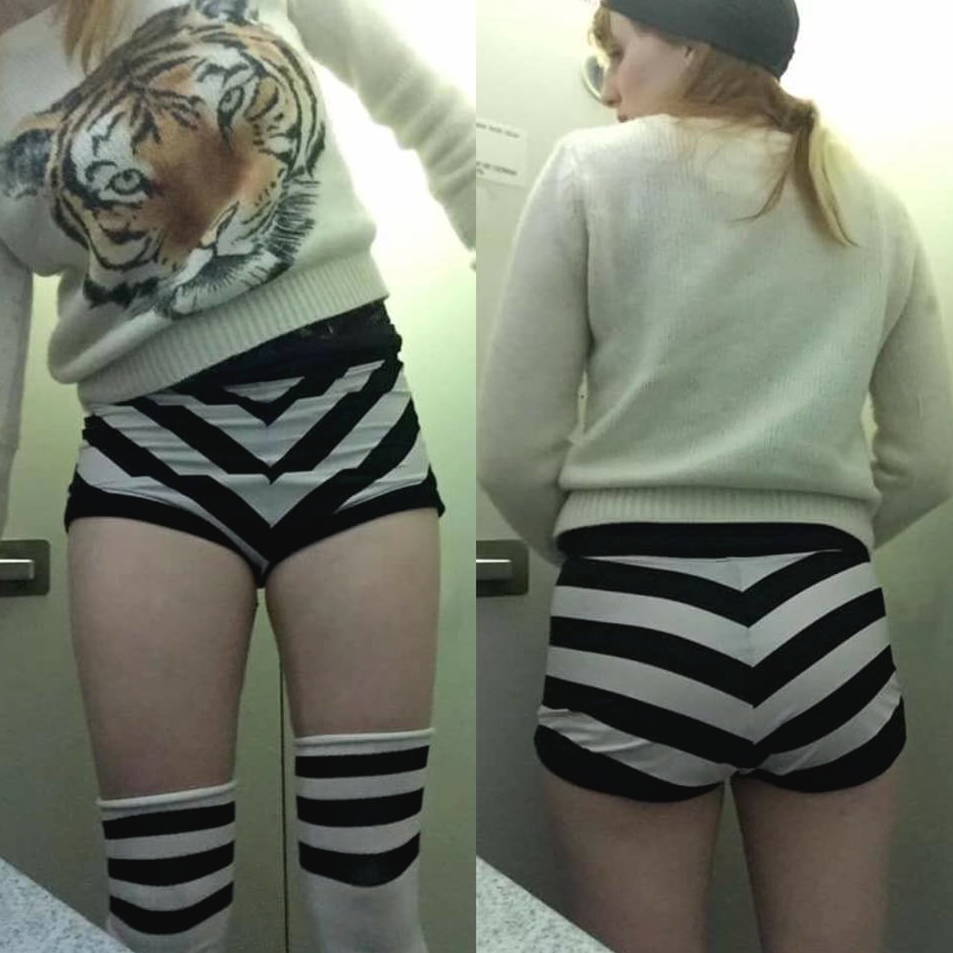 A burlesque dancer from Seattle, Washington, was informed that she would need to change her clothing if she wanted to board a flight from Boston to Seattle because her shorts were deemed “too short” by the flight crew. The crew felt that the shorts may be deemed inappropriate by families on the flight and should be changed as not to offend anyone.

The Daily Mail reports that Maggie McMuffin says that she had successfully flown on a JetBlue flight from New York To Boston without incident in the same pair of “too short” black and white shorts earlier in the day. However, when she approached the gate to fly her second leg of her flight back home to Seattle, she was informed the shorts were not appropriate and that she needed to cover up more, as there were families on the flight that may find the attire inappropriate.

JetBlue says they personally called and apologized to Maggie about the incident and refunded her for the shorts she was forced to purchase in the terminal while also providing the woman with a $200 credit to use on future flights as a “goodwill gesture.” Despite the credit and apology from JetBlue customer service, Molly says that her friend is owed an apology from the “sexist” pilot.