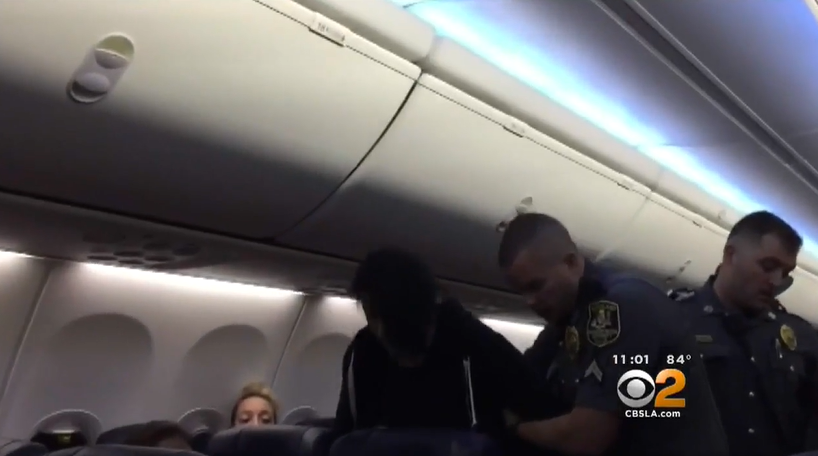 A woman on a flight to Los Angeles International Airport was dragged off a Southwest plane Tuesday night by two police officers after claiming she was deathly allergic to two dogs on the flight.

Video shows the woman being forcibly removed by two law enforcement officers. She can be heard yelling, “Don’t touch me,” and at one point also accused the officers of ripping her pants.

The kerfuffle was preceded by the woman telling the flight crew that she had a life-threatening allergy to two dogs on the flight, one of which was a service animal, and her demand that they be removed from the flight.

When she could not provide a medical certificate stating she could travel safely, she was asked to leave.