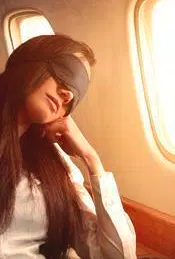 A woman flying from Dubai to New York City was molested by a male passenger who rubbed lotion on her body as she slept, according to federal investigators who say the suspect told flight attendants that the victim “enjoyed it because she did not resist.” The assault occurred Monday on a 13-hour Emirates flight, according to a criminal complaint filed in U.S. District Court in Brooklyn.http://ift.tt/1N8AXEF