NEWS Workers at major NYC airports to go on strike 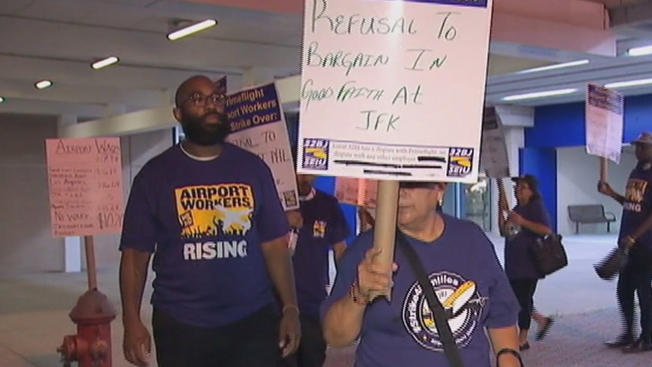 The airport workers at Newark Liberty International Airport walked off the job at 9 p.m. Tuesday in a labor dispute with their employer, PrimeFlight, a subcontractor for several airlines.

The job actions will continue over the next three days.

It wasn’t clear how the strike would affect air travel at the airports.