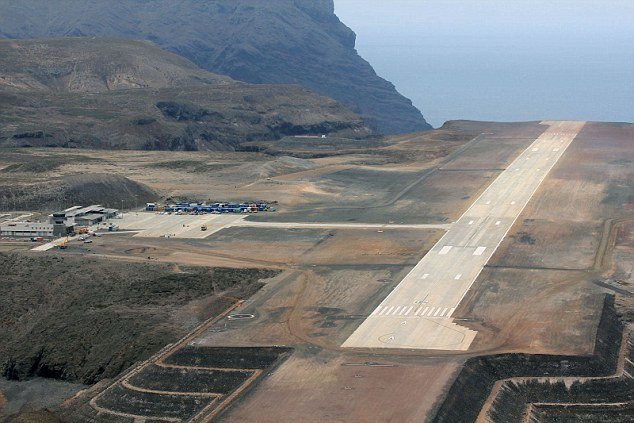 An airport built with £250million from the ballooning foreign aid budget risks becoming a white elephant because it is too windy to land there safely, it was claimed yesterday. A royal opening at the airport on the remote island of St Helena has been postponed indefinitely after test flights raised safety concerns. The cliff-top landing strip was built with £250million from the Department for International Development to help boost the tiny island in the South Atlantic, which is Britain’s most remote overseas territory.