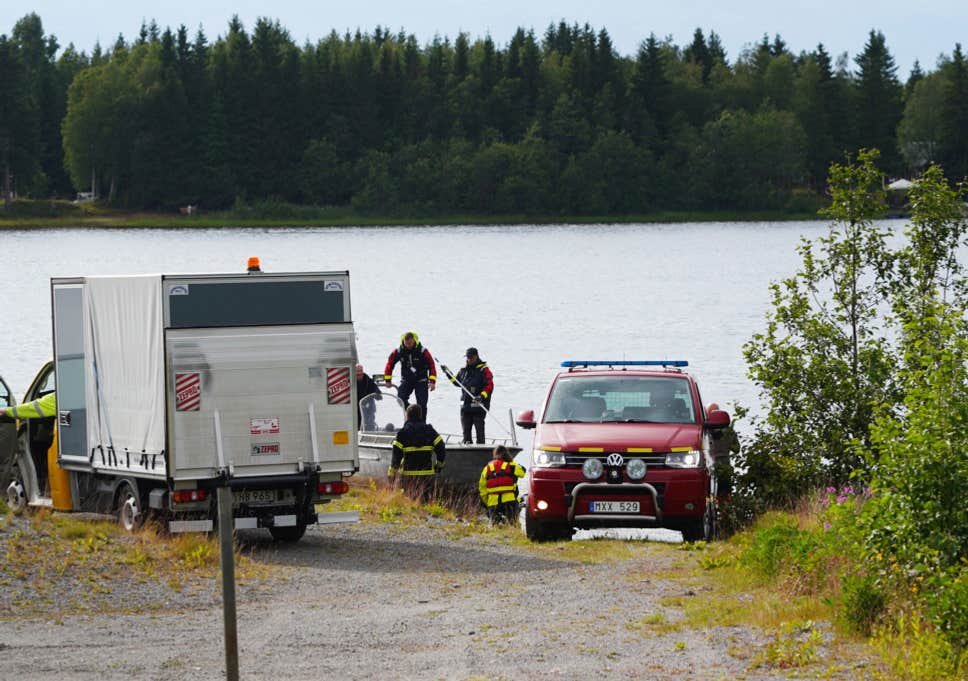 The plane crashed on an island on the Ume river, a police spokesman said.

All those on board were Swedish, police added.

The cause of the crash was not immediately clear. Swedish media quoted witnesses as saying some of the parachutists were seen trying to jump off the plane just before it crashed.