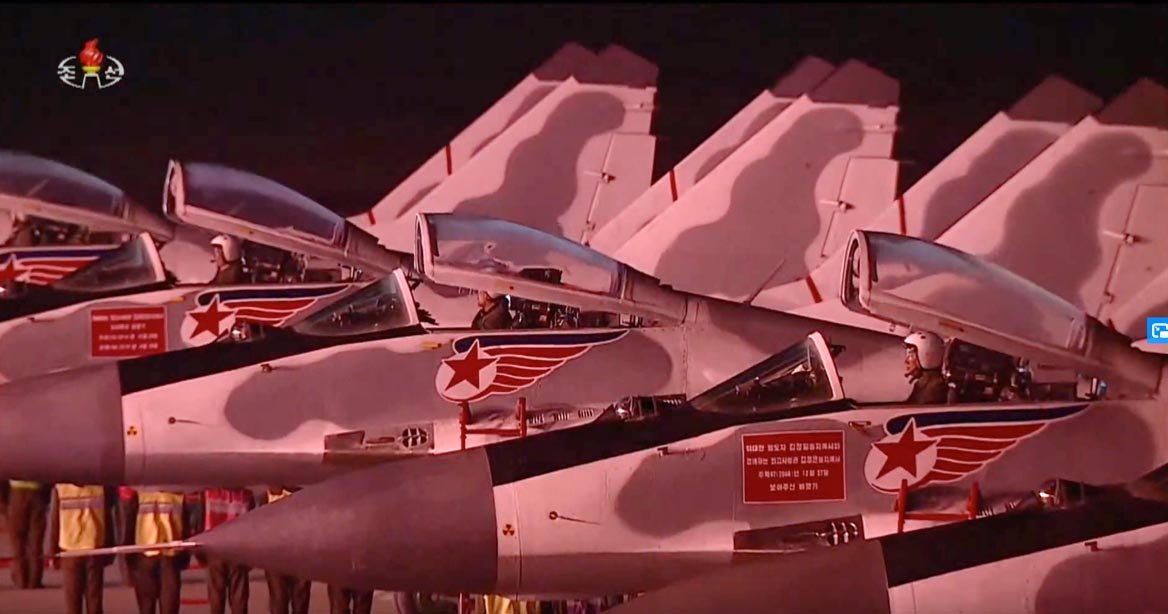 Eight North Korean fighter jets and four bombers flew in formation north of the inter-Korean air border at around 2 p.m. for around an hour, appearing to carry out air-to-surface firing exercises, South Korea’s Joint Chiefs of Staff (JCS) said.

Some of the DPRK warplanes breached South Korea’s “special reconnaissance line,” the JCS added. The South Korean military sent out what it called an “overwhelming” response to the DPRK formation with some 30 aircraft, including F-15K fighter jets, but did not specify where they flew or how close they were to the North Korean formation.

According to South Korean media reports, the ROK military sets special reconnaissance lines for surveillance purposes to the north of an agreed inter-Korean airspace buffer zone near the border.

The buffer zone, outlined in the 2018 inter-Korean military agreement, extends to a maximum 25 miles (40 kilometers) from the Military Demarcation Line (MDL) dividing the Koreas on the eastern side and 12.5 miles (20 kilometers) on the western side.

Yonhap News Agency reported that the DPRK warplanes did not breach the buffer zone or cross a different line further south that would have required “tactical action” from Seoul, without citing a source.

The warplanes flew from Koksan to Hwangju in South Hwanghae Province, Yonhap said, citing an unnamed military source. The regions are around 40 miles (65 kilometers) away from the western part of the inter-Korean border.

The military also reportedly told Yonhap that North Korean formation flights like the kind executed Thursday are very rare and had not been observed in the past year.

In terms of bombers, Hinata-Yamaguchi said it’s possible the DPRK sent out Su-25s — Soviet versions of U.S. A10 Thunderbolt bombers — and the Su-7. The exercises, he said, were likely a direct response to recent trilateral drills conducted by U.S., Japanese and South Korean forces.

“The North Koreans also may have wanted to gauge U.S. and ROK tactical response systems – how quick they respond, and what they send,” he added.