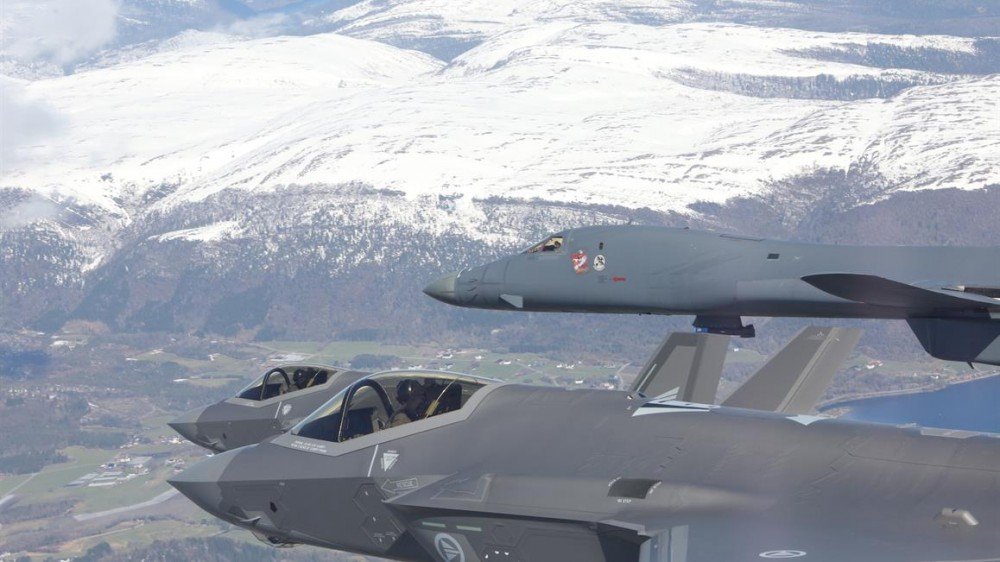 This is the first time that American strategic long-range bombers are exercising in Swedish airspace, Dagens Nyheter reports.

Norway’s Defense command says Wednesday’s exercise is “one of the largest of its kind, and several allied and partners trained along with the US B-1B.”

The B-1B bomber is one of the three types of US strategic bombers. The two others are the B-2 stealth aircraft and the B-52.

Norwegian F-35s were flying together with the B-2 in March this year in Icelandic airspace and over the North-Atlantic. Last November, Norwegian F-16s followed three U.S. B-52 bombers all north to the Barents Sea.

The Norwegian military says such joint flight missions are of high priority.

In Sweden, the exercise included refueling of the Jas 39 Gripen fighter jets from an American KC-135 tanker.