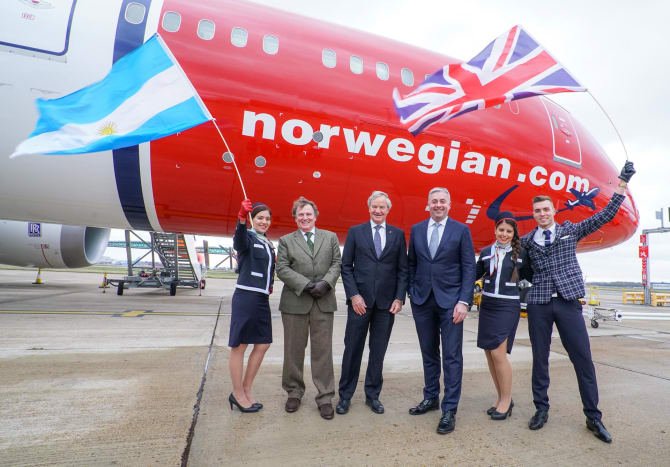 Norwegian is continuing its global expansion today by launching the UK’s first low fare route to South America, with a non-stop service from London Gatwick to Buenos Aires.

Norwegian’s long-haul flights from London Gatwick are exclusively operated by a fleet of brand new Boeing 787 Dreamliner aircraft. Passengers can enjoy a spacious, modern economy cabin with seatback inflight entertainment and fares from £259.90 one way to Buenos Aires.

Buenos Aires will be Norwegian’s 11th route launched from London Gatwick in the past four years and by the end of March, Norwegian will become the second largest long-haul airline at Gatwick with 13 direct long-haul routes following the launch of Singapore in September, Buenos Aires in February and Chicago and Austin in March 2018.