Now Airbus produces even some of its A350s in China 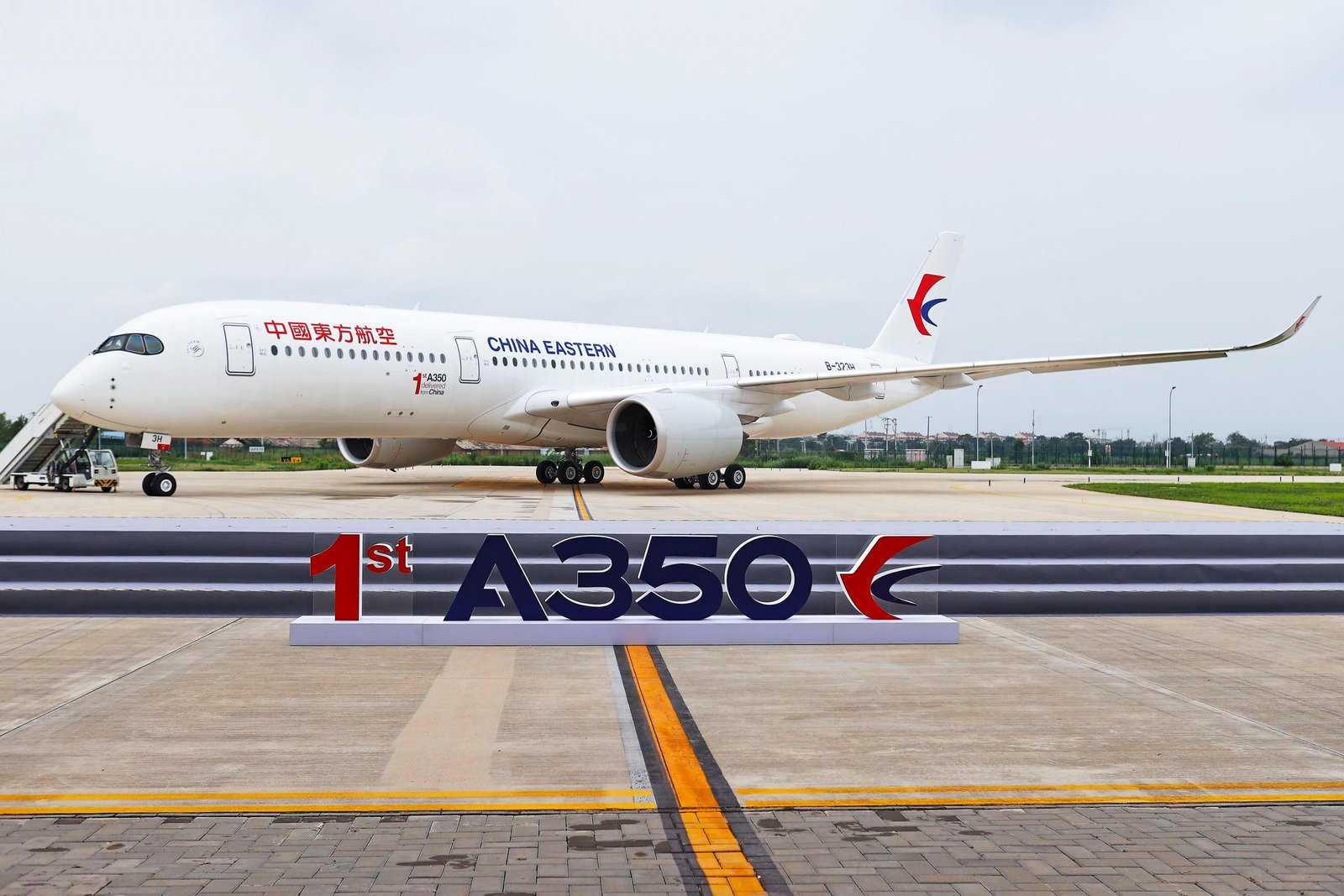 Airbus has delivered the first A350 from its widebody completion & delivery centre in Tianjin (C&DC), China, taking additional steps in the expansion of its global footprint and long-term strategic partnership with China.

The A350-900 aircraft was delivered to China Eastern Airlines, the largest Airbus operator in Asia and second largest in the world.

“I’m proud that Airbus successfully extended the capability of the widebody C&DC in Tianjin to the A350, the latest new generation aircraft, at such a difficult time of global aviation,” said George Xu, Airbus Executive Vice President and Airbus China CEO. “This is a new milestone in the long-term cooperation between China and Airbus, which further demonstrates Airbus’ commitment to the country. Congratulations to China Eastern Airlines, our long-term strategic partner, for receiving the first A350 delivered from China, and I appreciate their trust in Airbus and in our products as always.”

Located at the same site as the Airbus Tianjin A320 Family Final Assembly Line and the Airbus Tianjin Delivery Centre, the widebody C&DC covers the aircraft completion activities, including cabin installation, aircraft painting and production flight test, as well as customer flight acceptance and aircraft delivery.

The centre was inaugurated in September 2017 with its capability on A330s. Then, during the visit of French President Emmanuel Macron to China in 2019, a Memorandum of Understanding on the Further Development of Industrial Cooperation was signed in Beijing by He Lifeng, Chairman of the National Development and Reform Commission (NDRC) of China, and Guillaume Faury, Airbus Chief Executive Officer, announcing the C&DC would extend its capability to A350 aircraft.