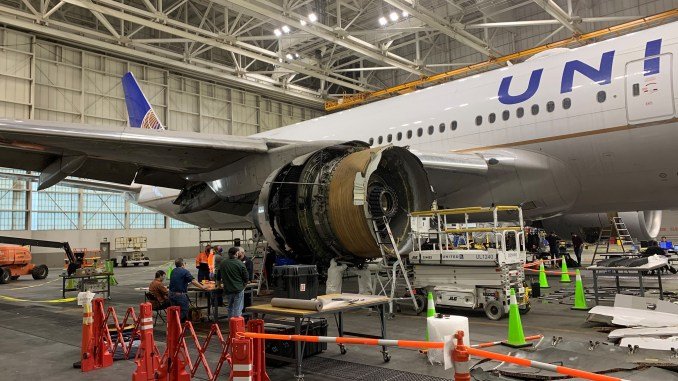 The National Transportation Safety Board published an investigative update Friday for its ongoing investigation of the Feb. 20, 2021, United Airlines flight 328 engine failure event.

UAL flight 328 experienced a failure of the right Pratt & Whitney PW4077 engine shortly after takeoff from Denver International Airport, Denver. There were no injuries reported, and the airplane sustained minor damage.

Facts gathered to date in the investigation, and provided in the update, include:

The engine fan blade with the fractures consistent with fatigue was sent to the metallurgical laboratory at Pratt & Whitney for further examinations led by a senior NTSB metallurgist.

Preliminary findings from the scanning electron microscope examination identified multiple fatigue fracture origins on the interior surface of a cavity within the blade. Efforts to further characterize the fracture surface, including identifying the primary origin and counting striations, are ongoing.