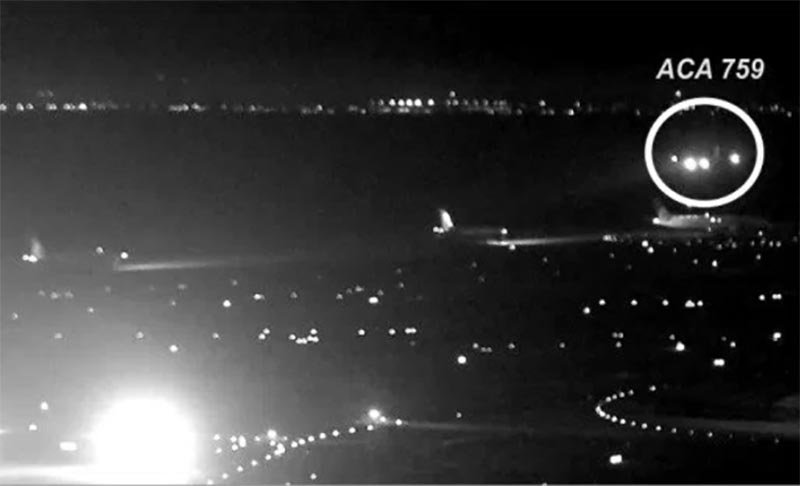 The Air Canada airliner can be seen descending as it travels along the top of the frame. About 67 seconds into the video, the plane rises quickly, barely missing a passenger jet on the runway that has just turned on its lights.

NTSB data revealed that as the Air Canada plane overflew the first waiting aircraft on the taxiway — a United Airlines Boeing 787 — the crew applied full power to the engines to initiate a go-around and abort its landing. However, the plane continued to descend while waiting for the throttle to respond and at its lowest point was only 59 feet above the ground. For comparison, the height of a Boeing 787 tail is 56 feet.

The second airliner on the taxiway — a Philippine Airlines Airbus A340 — reportedly turned on its landing lights, sensing something wasn’t right and hoping to make itself visible to the incoming Air Canada airliner, according to the NTSB.

The investigation has revealed that the flight crew of the Air Canada flight informed the NTSB that there was confusion over the runway configuration and landing lights at SFO, and the crew can even be heard querying the control tower to ensure that they were cleared to land.