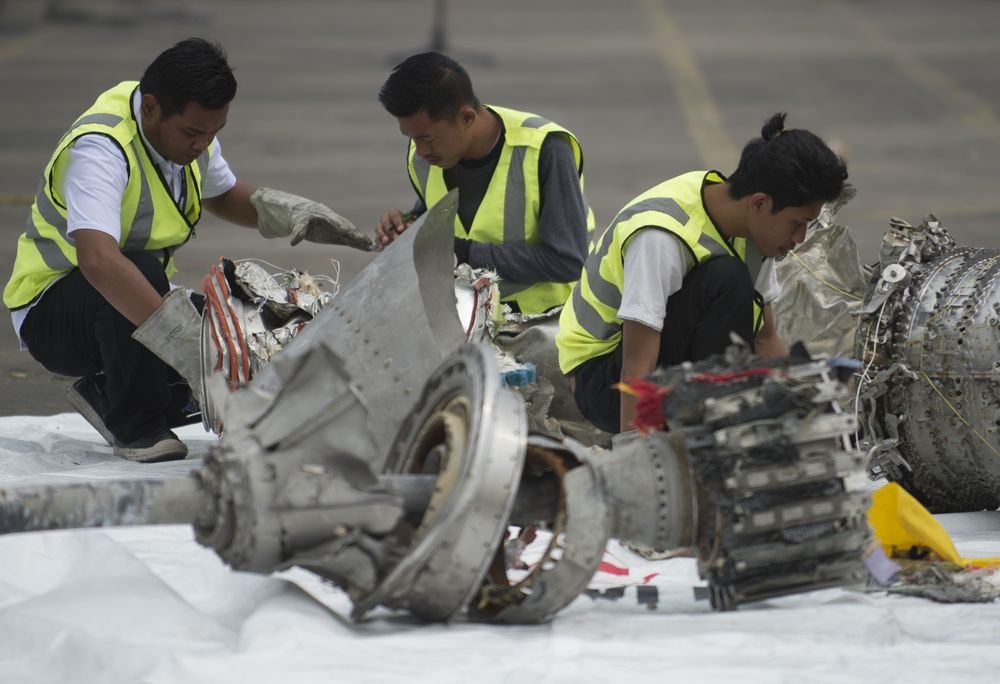 A malfunctioning sensor at the center of the investigation into the Oct. 29 crash of a Lion Air jetliner into the Java Sea wasn’t repaired before the fatal flight even though it had failed on the plane’s previous trip, according to a preliminary investigative report.

A mechanic worked on other sensors and equipment during a night shift before the early morning departure, but not on the so-called angle-of-attack vane, according to Indonesia’s National Transportation Safety Committee. The investigators also asked Lion Air to take corrective steps to improve the safety culture as they released the report in Jakarta on Wednesday.

The report doesn’t offer a cause for the accident that killed all 189 on board but provides the most detailed look so far into the chaotic minutes before the crash and into the steps that were taken to address malfunctions that occurred on the plane the previous night. On both flights, pilots reported that they had difficulty figuring out basic information such as speed and altitude.

The pilots on Flight 610, which plunged into the Java Sea more than 11 minutes after it took off from Jakarta, appeared not to understand what was happening to them as they radioed air traffic controllers asking for their altitude and speed. They said they had an unspecified “flight control problems,” according to the report.

The Boeing Co. 737 Max 8’s angle-of-attack sensor, which measures how high or low the plane’s nose was pointed relative to the oncoming air, had malfunctioned on the previous flight as well as in the minutes before the crash, according to the report. The sensor erroneously concluded the nose was pointed too high and the aircraft was in danger of losing lift, prompting a stall warning in the cockpit and triggering safety software that attempted to put them into a dive.

The two sets of pilots reacted differently to the multiple errors messages and malfunctions. On the previous flight, the pilots were able to shut off the motor that was trying to push down the nose relatively soon after taking off.

For reasons that haven’t been explained, the pilots on Flight 610 didn’t take that step — which is part of a long-standing emergency procedure. The plane’s crash-proof cockpit recorder hasn’t been recovered, so investigators don’t have much insight into what they were thinking as they responded to the emergency.

On the Oct. 28 flight that landed safely in Jakarta, the captain told investigators that he scanned cockpit instruments and determined that the copilot’s readings matched a third standby system and were accurate. He turned over control of the plane to the copilot.

By contrast, the captain on the flight that crashed radioed a controller about a minute before the plane disappeared from radar to say that all of the plane’s altitude gauges were different and they couldn’t determine how high they were.

An angle of attack sensor had been replaced and tested just before the Oct. 28 flight. According to flight data from the plane, the sensor on the left was reading about 20 degrees differently from the one on the right.