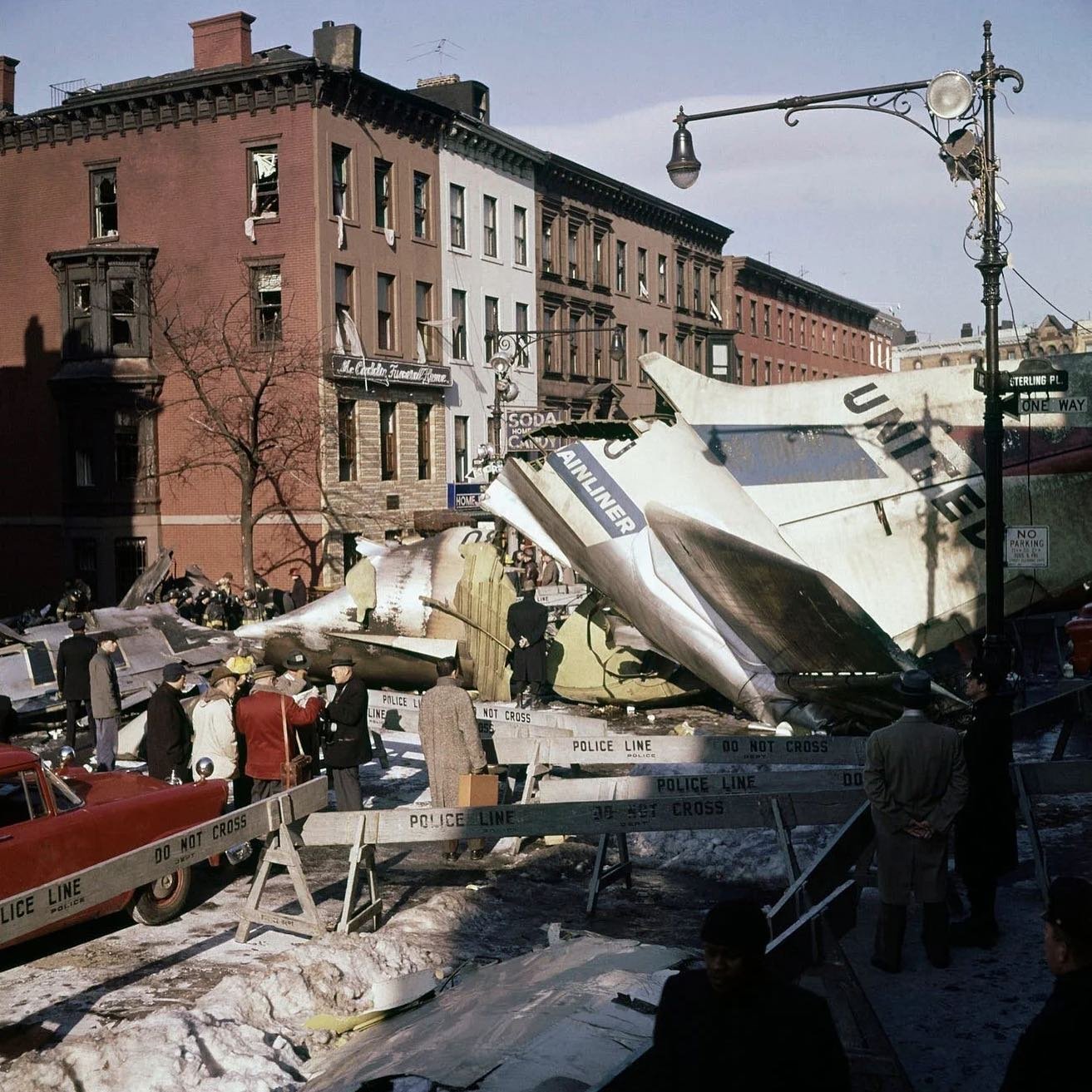 Following the crash, the DC-8 spiraled to the ground for a minute and a half. With debris falling over Prospect Park, the plane crashed into brownstones and a church on Sterling Place and Seventh Avenue in the Park Slope, Brooklyn.

The TWA plane crashed into Miller Field on Staten Island. All 128 people in both planes were killed along with six people on the streets of Park Slope.

One 11-year old boy on the United plane initially survived after being thrown into a snowbank. The boy passed away the next day in a Brooklyn hospital. The crash would later lead to the push for modern air traffic control systems. 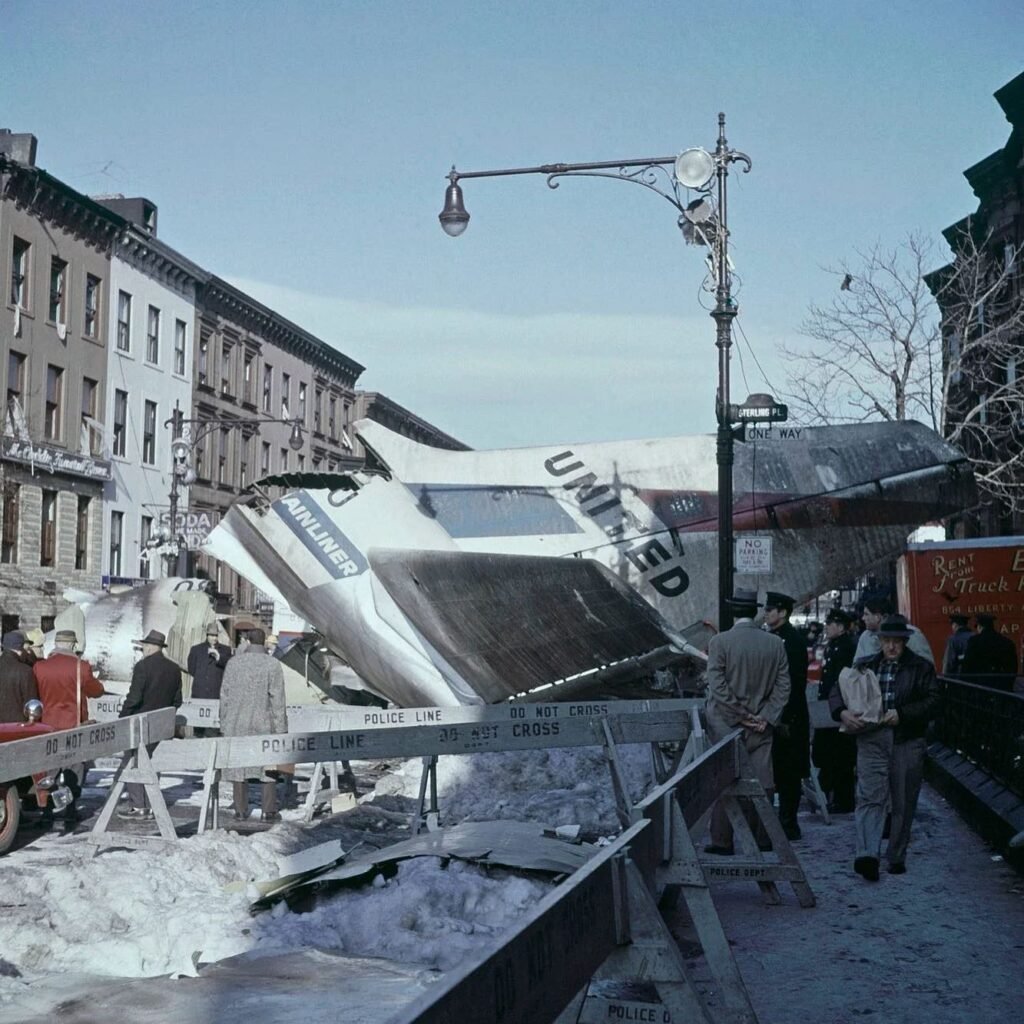 Photos of the crash show the smoldering tail of the United jet across Brooklyn’s Seventh Avenue.

Today the quiet brownstone block shows little sign of the crash. One sign is 126 Sterling, the brownstone’s cornice was destroyed by a 25-foot section of the plane’s right-wing. The cornice, which is visible on the surrounding buildings was never replaced.