One A380 already left Air France’s fleet yesterday, and this is only the first! 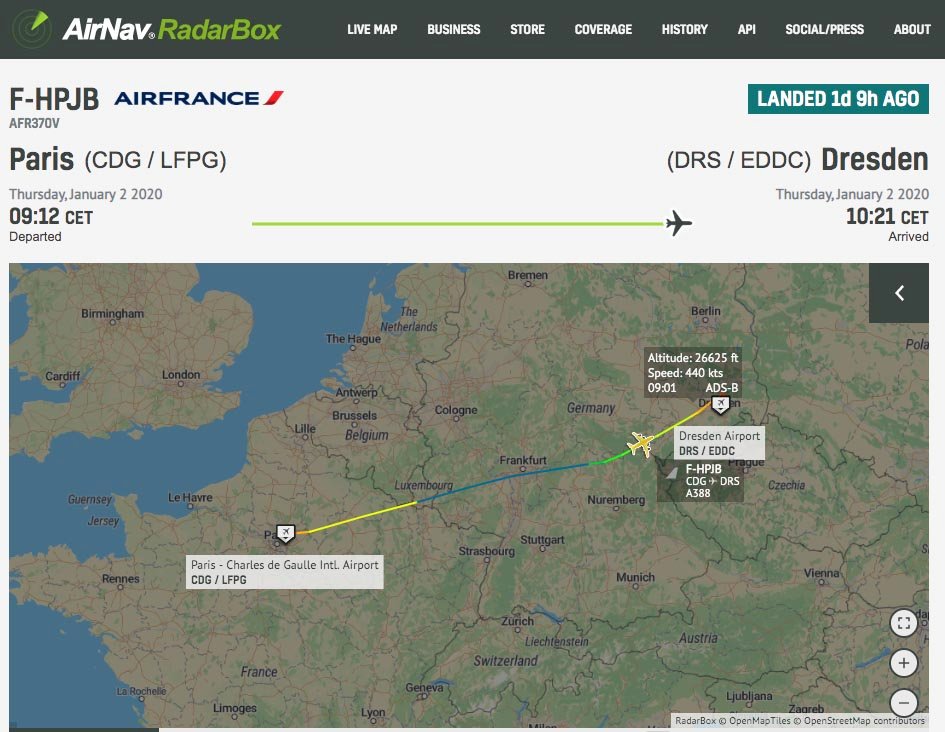 That’s it for Air France F-HPJB. And this is only the first!

On January 2nd, the aircraft has left Paris CDG to Dresden, Germany.

This aircraft was on lease to Air France from the Dr. Peters group and will return to the lessor after a full repainting. It was delivered to Air France in 2010.

The next one leaving AF feet should be F-HPJD, in few months.