#OnThisDay in 1956, two planes collide over the Grand Canyon 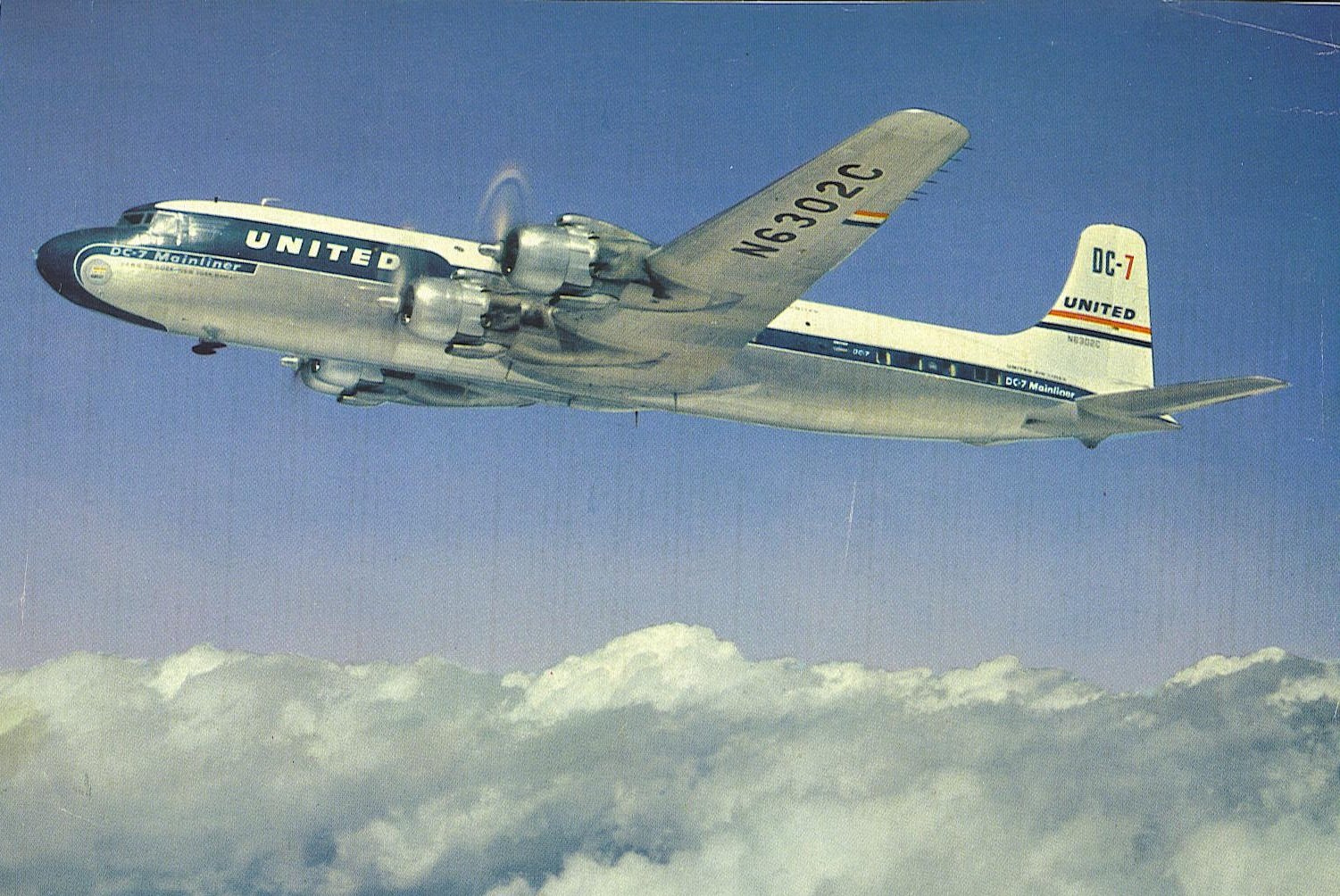 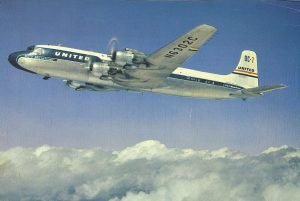 A United Airlines DC-7 Mainliner similar to the one involved. 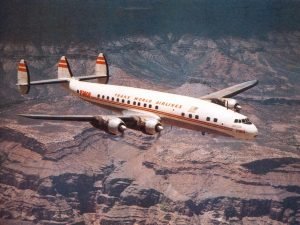 Star of the Seine (N6902C) flying over the Grand Canyon several years before the accident.

At 9:01 a.m PST TWA Flight 2 took off from Los Angeles for Kansas City. After reporting on top of the clouds at 2400 ft the crew contacted Los Angeles ARTCC and clearance was given to climb to 19,000ft. The crew immediately asked for a routing change to Daggett via Victor Airway 210. This was approved.

At 9:21 a.m PST Flight 2 reported that it was approaching Daggett and requested a change in flight plan altitude from 19,000ft to 21,000ft. The request was denied because of traffic at FL210 (United Airlines Flight 718). A request for 1000ft on top was granted.

At 9:59 a.m PST Flight 2 reported its position through company radio at Las Vegas. It reported that it had passed Lake Mohave at 9:55, was 1,000 on top at 21,000ft, and estimated it would reach the 321-degree radial of the Winslow omni range station (Painted Desert) at 10:31. This was the last radio communication with this flight.

United Airlines Flight 718 had departed from Los Angeles at 9:04 a.m PST for Chicago cruising at FL210. At approximately 9:58 a.m Flight 718 made a position report to the CAA communications station in Needles. This report stated that the flight was over Needles at 9:58, at 21,000ft and estimated crossing the painted desert line at 10:31 a.m. 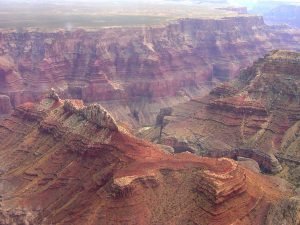 As the two aircraft approached the Grand Canyon, both aircraft were flying at the same altitude and nearly the same speed, the United Flight 718 was most likely manoeuvring around towering cumulus clouds. It is believed the planes simultaneously passed the same cloud formation on opposite sides, setting the stage for the collision. 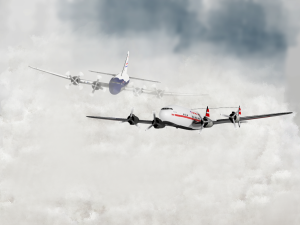 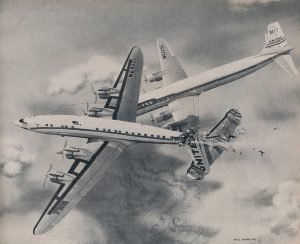 First contact involved the centre fin leading edge of the Constellation and the left aileron tip of the DC-7. The lower surface of the DC-7 left wing struck the upper aft fuselage of the L-1049 with disintegrating force. 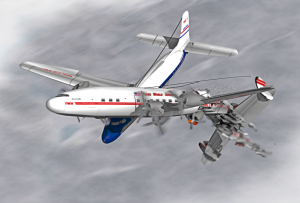 The collision ripped open the fuselage of the Constellation from just forward of its tail to near the main cabin door. The empennage of the L-1049 separated almost immediately. The plane pitched down and fell to the ground. Most of the left outer wing of the DC-7 had separated and aileron control was restricted, causing the plane to go out of control. The DC-7 collided with the south side cliff of Chuar Butte. All 128 perished in the crash. 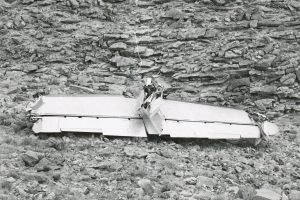 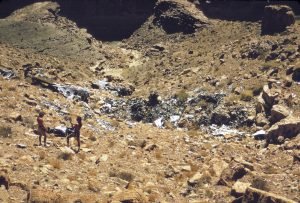 Investigators concluded that the probable cause of this accident was the pilots did not see each other in time to avoid the collision. This resulted in one or a combination of factors: 1) Intervening clouds reducing time for visual separation; 2) Visual limitation due to cockpit visibility; 3) Preoccupation with normal cockpit duties; 4) Preoccupation with matters unrelated to cockpit duties such as attempting to provide the passengers with a more scenic view of the Grand Canyon area; 5) Physiological limits to human vision reducing the time opportunity to see and avoid the other aircraft, or; 6) Insufficient of en-route air traffic advisory information due to inadequacy of facilities and lack of personnel in air traffic control. 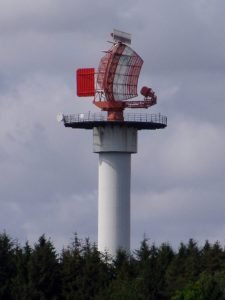 This accident spurred a $250 million update of the air traffic control (ATC) system. The crash also triggered the creation in 1958 of the Federal Aviation Agency FAA (now Administration) to oversee air safety.