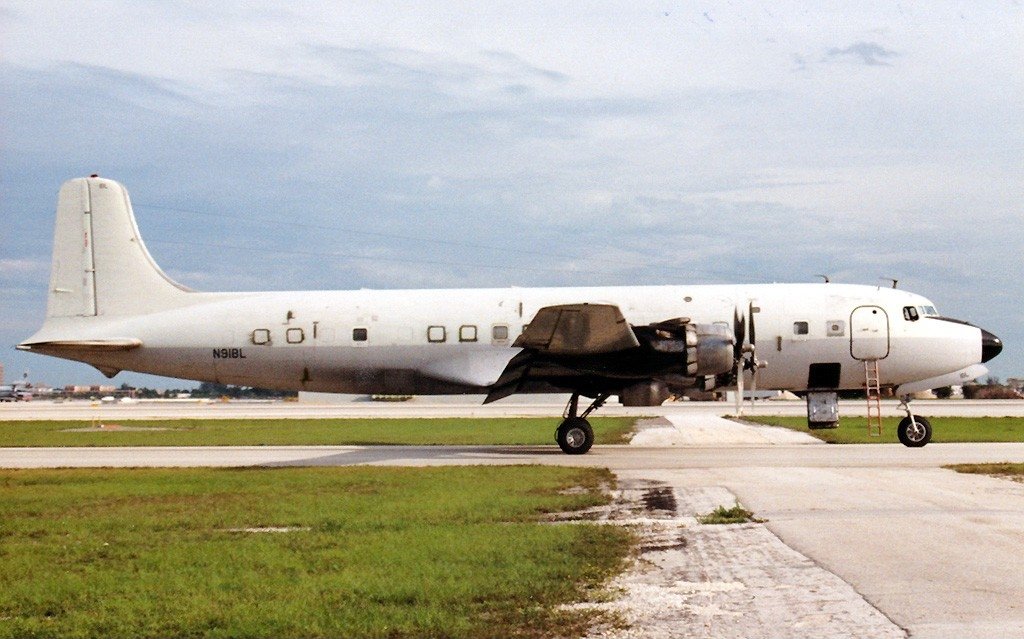 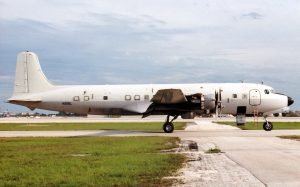 DC-6 similar to the accident aircraft.

On the morning of September 17 the United Nations chartered DC-6 left Elisabethville (now Lubumbashi) for Léopoldville (now Kinshasa). It was hit by bullets fired from the ground at Elisabethville. On arrival the airplane was inspected but only one bullet was found to have hit. It penetrated the exhaust pipe of one of the engines. The damage was repaired.

After this incident, Security measures were taken at Léopoldville to make it appear that a DC-4 (OO-RIC) was actually carrying the Security-General. It took off at 16:04 and headed directory to Ndola. 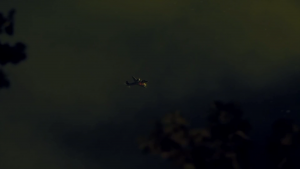 The Captain of the United Nations DC-6 did not file a flight plane and wanted to maintain radio silence throughout the flight for security reasons. The airplane departed Léopoldville at 16:51 for Ndola in the Federation of Rhodesia and Nyasaland (now Zambia). Radio silence was apparently maintained until a call was made to Salisbury FIC at 22:02. The captain requested the DC-4’s estimated time of arrival. The DC-4 arrived at Ndola at 22:35 local time without incident.

At 22:40 the crew of the UN DC-6 reported to Salisbury that it as over Lake Tanganyika and was flying on advisory route 432 at 17500 ft to avoid Congolese territory. The DC-6 descended to 16,000 ft and contact was made with Ndola Tower at 23:35 and the crew gave an estimated time of arrival of 00:20. At 23:47 The airplane descended to 6,000 ft in accordance with the clearance from Ndola Tower. 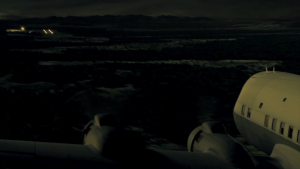 At 00:10 the flight reported “lights in sight, overhead Ndola descending, confirm QNH”. Ndola Tower confirmed the QNH and asked the flight to report when reaching 6000 ft. No such report was ever received. The instrument approach procedure consists of initial approach to 6000 ft on a track of 280° until 30 seconds after the NDB has been passed. The procedure turn is then made to the right at the same height. On completion of that turn and when on the inbound track of 100° to the NDB the aircraft descends to 5000 ft over the NDB, thereafter descending to the critical height of the aerodrome. 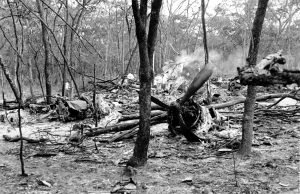 The pilot apparently attempted a visual approach to the airport as the airplane turned right after crossing the airport. The pilot continued his approach by a subsequent turn to the left. The DC-6 descended and struck trees at an altitude of 4357 ft at a shallow angle when slightly turning to the left at a normal approach speed. 15 of the 16 on board were killed. One survived but died shortly after.

Statement by President John F. Kennedy on the death of Dag Hammarskjöld. 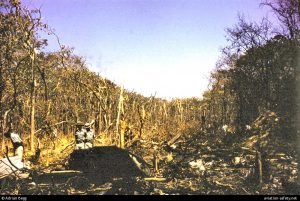 The three official inquiries failed to determine conclusively the cause of the crash. The Rhodesian Board of Investigation sent 180 men to search a six-square-kilometre area of the last sector of the aircraft’s flight path, looking for evidence as to the cause of the crash. No evidence of a bomb, surface to air missile or hijacking was found. The official report stated that two of the dead Swedish bodyguards had suffered multiple bullet wounds. Medical examination were superficial and that the bullets showed no signs of rifling. They concluded that the bullets cartridges had exploded in the fire in proximity to the bodyguards. No other evidence of foul play was found.

Previous accounts of a bright flash in the sky were dismissed as occurring too late in the evening to have caused the crash. The United Nations report speculated that these flashes may have been caused by secondary explosions after the crash. The official inquiry found that the statements of witnesses who talked with the survivor before he died were inconsistent. 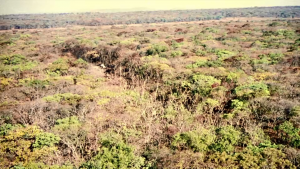 The probable cause for the crash was controlled flight into terrain. The pilots descended below the minimum safe altitude of 5,000 ft. Hills that rise over 4,300 ft near Ndola Airport were missing from their approach chart which blocked their view from the runway. It was also discovered that some of the crew were on duty for 17 of the past 24 hours.