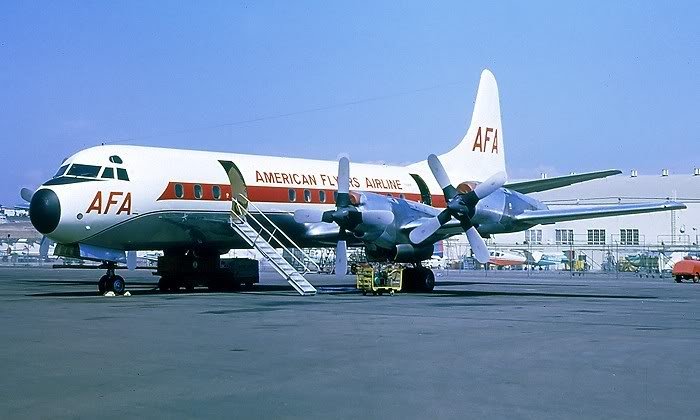 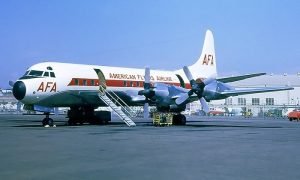 The flights pilot in command was Captain Reed Pigman. Pigman was also the President of American Flyers. The First Officer was Wilbur Marr.

American Flyers Airline Flight 280 departed Monterey Peninsula Airport at 16:32. Most of the 93 passengers on board were teen aged army recruits. The flight had been operating as a MAC charter flying new troops from Fort Ord, California to Fort Benning, Georgia and was to land at Ardmore to refuel.

In bad weather, the crew missed runway 08 instrument approach to Ardmore, so they attempted a visual circling approach to runway 30. The plane overshot the runway and crashed into a side of a nearby hill at an elevation of 963 feet (airport elevation being 762 feed msl). The aircraft was destroyed by impact and subsequent fire. Only 15 passengers survived. 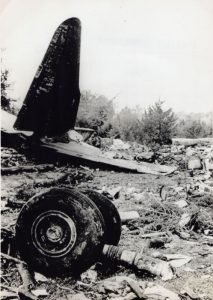 An autopsy revealed that Reed Pigman had suffered a massive heart attack at the controls. The Civil Aerial Board investigation founded that he was not wearing his harness as he was landing the plane and he probably slumped forward into the controls at a low altitude, making it impossible for the co-pilot to wrest control of the plane.

It was also found out that Reed Pigman was under care for arteriosclerosis and Pigman had falsified his application for a first class medical certificate and that he was also suffering from diabetes. Both of these conditions would have been disqualifying factors for issuance of the certificate. 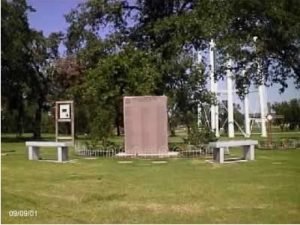 The Ardmore Memorial to the victims of American Flyers Airline Flight 280.