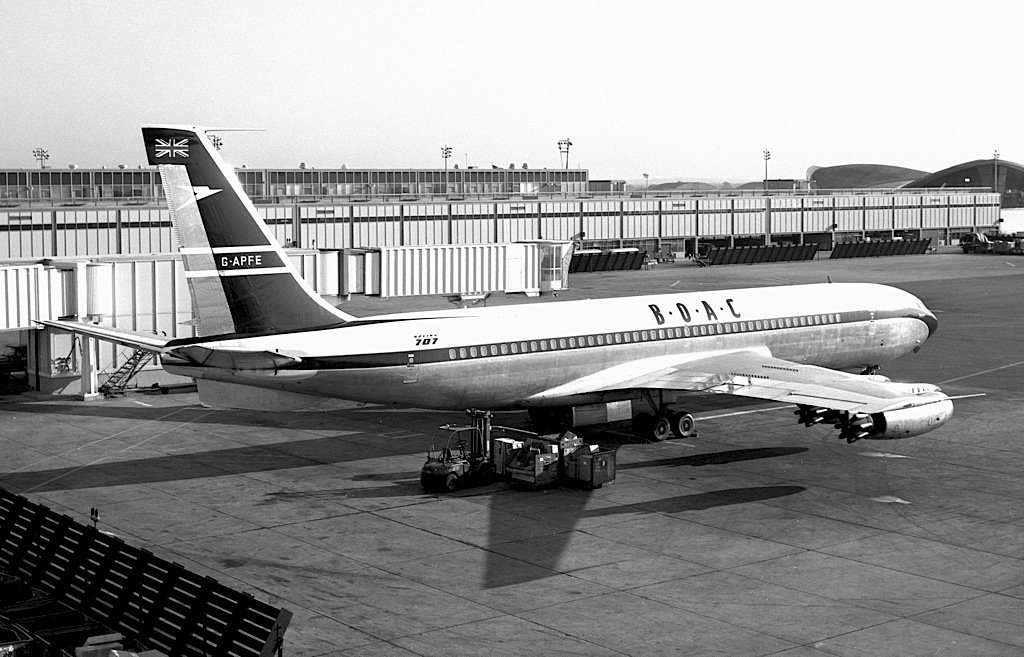 50 years ago today, BOAC Flight 911 (G-APFE) was a round-the-world flight operated by British Overseas Airways Corporation from San Francisco International Airport to Kai Tak International Airport, Hong Kong with three stopovers in Hawaii and Japan. The Boeing 707-436 was carrying 113 passengers & 11 crew members at the time of the accident. 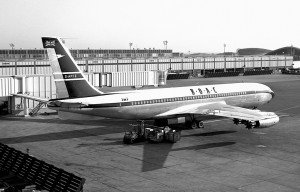 BOAC Flight 911 was expected to arrive at its final stopover at Haneda Int’l Airport, Tokyo Japan at 16:45 on 4 March. However, due to poor meteorological conditions at Tokyo and because the precision approach radar (PAR) of the GCA was out of service, it diverted to Fukuoka and landed there at 18:00. After staying overnight at Fukuoka, Flight 911 left for Tokyo at 11:25 and landed there at 12:43. 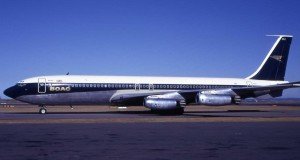 The aircraft was prepared for the next leg to Hong Kong and a flight plan was filed for a flight in accordance with the instrument flight rules via Oshima on airway JG6 to Hong Kong at flight level 310. At 13:42 the crew contacted ATC requesting permission to start the engines and clearance for a VMC climb via Fuji-Rebel-Kushimoto. The aircraft left the ramp at 13:50. It was instructed to make a right turn after takeoff, and departed Tokyo Airport at 13:58. After take off the aircraft flew over Gotemba City on a heading of approximately 298 degrees at an altitude of approx 4900m and indicated airspeed of 320 to 370 knots.

The aircraft, trailing white vapor, then suddenly lost altitude over the Takigahara area, and parts of the aircraft began to break away over Tsuchiyadai and Ichirimatsu. Finally over Tarobo at an altitude of approx. 2000m, the forward fuselage broke away. The mid-aft fuselage together with the wing, making a slow flat spin to the right, cracked into a forest at the foot of Mount Fuji. The forward fuselage crashed into a forest approx. 300m to the west of the above site and caught fire. 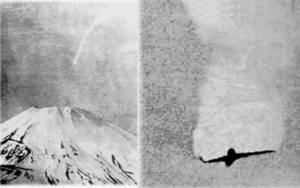 Terrifying photos showing BOAC Flight 911 in-flight breakup & flat spin over Mount Fuji, Japan. All 124 on board perished in the crash.

The accident investigators concluded that the probable cause of the crash was “the aircraft suddenly encountered abnormally severe turbulence over Gotemba City which imposed a gust load considerably in excess of the design limit.”