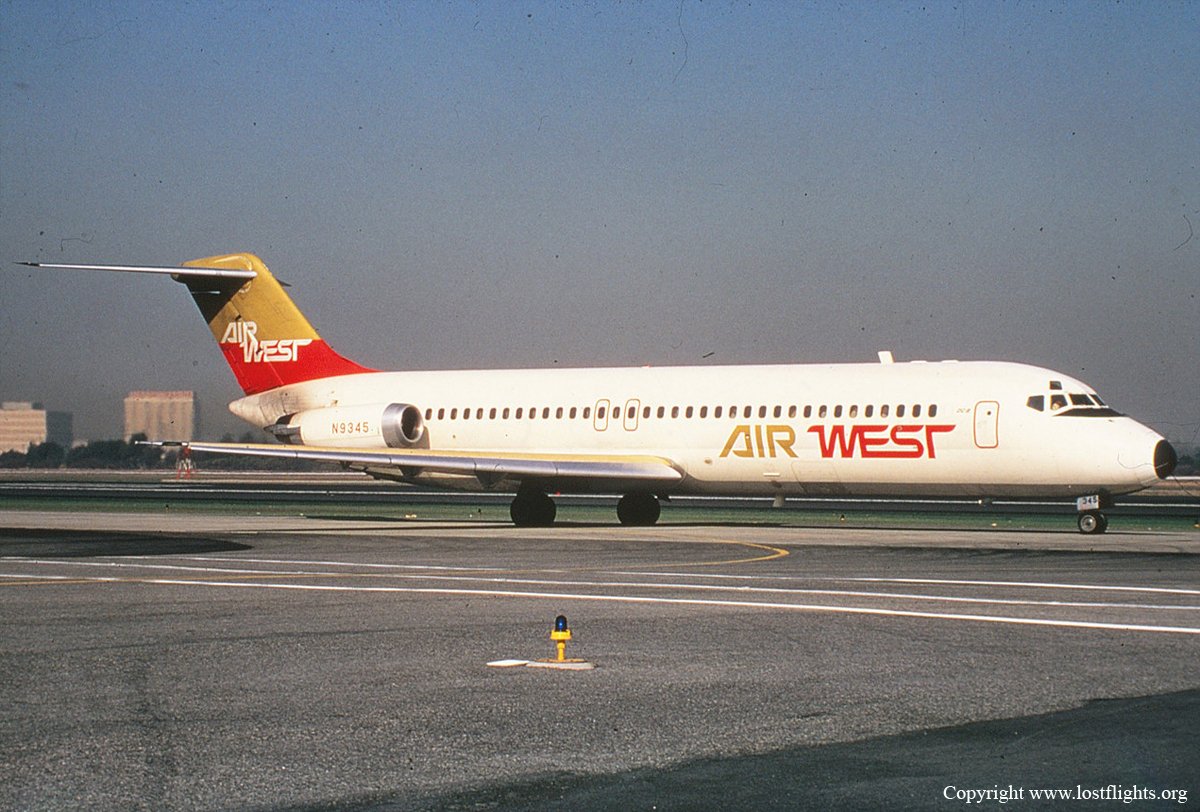 45 years ago today, Hughes Airwest Flight 706 (N9345) was a scheduled flight from Los Angeles, California to Seattle, Washington with several intermediate stops. The McDonnell Douglas DC-9-31 was carrying 44 passengers & 5 crew members at the time of the accident. 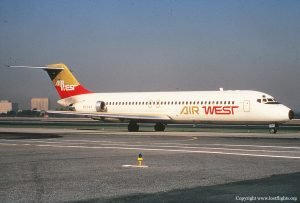 ‘458’ was part of a cross-country flight of two aircraft when its radio failed while landing at Mountain Home Air Force Base in southwest Idaho. The aircraft was ordered to effect repairs at Mountain Home AFB and then return to MCAS El Toro. Diagnostic tests at Mountain Home revealed that the aircraft had an inoperative radio, inoperative transponder, oxygen system leak and a degraded radar system. Maintenance personnel were able to fix the radio and confirm the oxygen leak, but the base did not have the necessary personnel to repair either the transponder or the radar.

Lt Phillips received permission from his superiors to fly the F-4B with an inoperative transponder as fighter proceeded to NAS Fallon in Nevada, the oxygen leak worsened until the system was disabled completely. The pilot was instructed to fly at low altitude. The Phantom ll departed NAS Fallon at 5:16pm following a flight plan routing across the Fresno, Bakersfield and Los Angeles air corridors.

Near the Bakersfield Flight Service Station, the crew of ‘458’ decided to deviate east from their flight plan to avoid heavy air traffic in the Los Angeles area. Lt. Phillips was forced to climb to 15,500ft from 1,000ft because of deteriorating weather conditions. Meanwhile, shortly after takeoff, Flight 706 received two radar traffic advisories, neither of which indicated the presence of ‘458’.

Soon after reaching 15,500ft, the fighter’s DME (radio) showed MCAS El Toro was 50 miles (80km) away. The pilot of ‘458’ then performed an aileron roll in order to allow the pilot to observe any air traffic above or below the aircraft. Lt Schiess, the radar intercept officer was operating the fighter’s radar, which was unable to detect any aircraft due to its deteriorated condition. Because of the stowed position of the scope, he had been leaning forward and looking downward at the instrument. Between three and ten seconds prior to the collision, he glanced up and observed the DC-9 in his peripheral vision and shouted a warning to the pilot. The pilot attempted an evasive roll but was unable to clear the oncoming airliner. 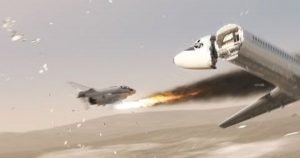 On the F-4B, Lt Schiess, the Radar Intercept Officer ejected and parachuted to safety. Lt Phillips, the pilot was unable to eject in time and was killed. The F-4B also crashed on Mount Bliss, approximately 1 mile from the airliner wreckage. 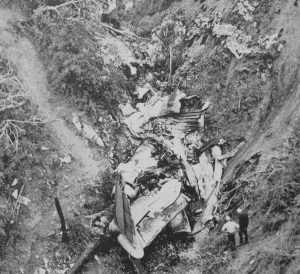 The National Transportation Safety Board determines that the probable cause of this accident was the failure of both crews to see and avoid each other, but recognizes that they had only marginal capability to detect, assess and avoid the collision. Other causal factors include a very high closure rate, commingling of IFR and VFR traffic in an area where the limitation of the ATC system precludes effective separation of such traffic, and the failure of the crew of BuNo458 to request radar advisory service, particularly considering the fact they had an inoperable transponder.