#OnThisDay in 1972, Uruguayan Air Force Flight 571 crashes in the Andes 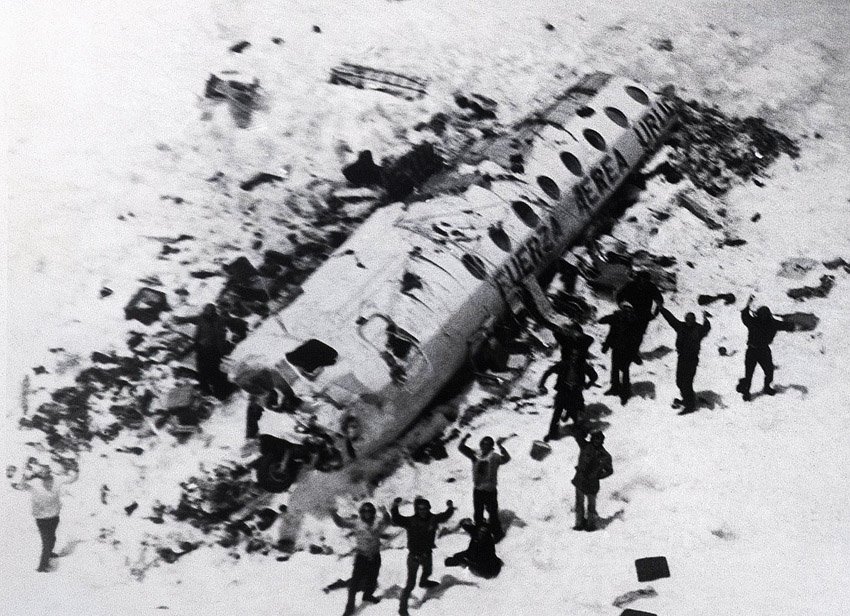 45 years ago today, Uruguayan Air Force Flight 571 (T-571) was a scheduled flight from Carrasco International Airport, Montevideo in Uruguay to Pudahuel Airport, Santiago in Chile with a stopover at Mendoza International Airport in Argentina. The Fairchild FH-227D was carrying 40 passengers & 5 crew members. 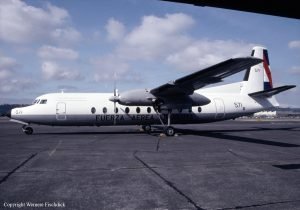 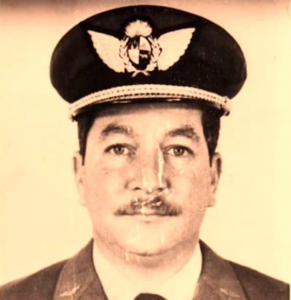 The cockpit crew of Uruguayan Air Force Flight 571 consisted of Captain Julio César Ferradas, Co-pilot Dante Héctor Lagurara and Engineer Ramón Martínez. The captain had a total of 5117 flying hours and had made 29 flights across the Andes mountains before. 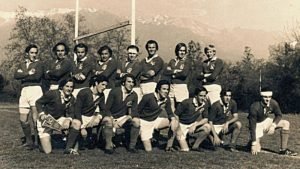 On Friday 13th October, Uruguayan Air Force Flight 571 carrying the Old Christians Club rugby union team took off from Mendoza Airport, Argentina. The trip had begun the day before when the Fairchild departed from Carrasco Airport, but inclement mountain weather forced an overnight stop in Mendoza, Argentina. Due to the Fairchild’s ceiling of 30,000ft the aircraft could not fly directly from Mendoza, over the Andes to Santiago, in large part because of the weather. 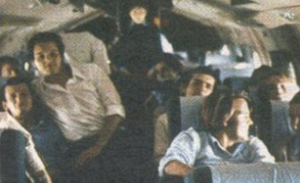 Instead, the aircraft had to fly south from Mendoza parallel to the Andes, then turn west towards the mountains, fly through a low pass (Planchon), cross the mountains and emerge on the Chilean side of the Andes south of Curicó before finally turning north and initiating descent into Santiago.

The aircraft was climbing to 18,000ft and following the Airway G17 across the Andes. At an altitude of 15,000ft in turbulence, the right wingtip hit a mountain and broke off. The right wing folded over the fuselage and cut off part of the tail. The left wing also separated and the fuselage hit a mountain slope at 350 km/h and skidded through the snow until finally coming to rest in a snow bank. 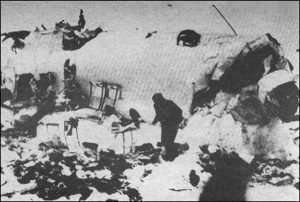 12 people were killed in the crash including Captain Julio César Ferradas and Navigator Ramón Martínez. Five more died by the next morning as a result of there injuries including Co-pilot Dante Héctor Lagurara.

Search parties from three countries looked for the missing aircraft, but the initial search was canceled after eight days. Since the aircraft was white, it blended into the snow, making it invisible from the sky. 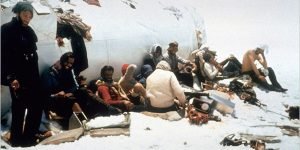 The survivors had a small amount of food, a few chocolate bars, assorted snacks, and several bottles of wine. During the days following the crash, they divided up this food in very small amounts to make their meager supply last as long as possible. Fito Strauch devised a way to obtain water by using metal from the seats and placing snow on it. The snow melted in the sun and dripped into empty wine bottles.

As the days go on more survivors died. The food stock dwindled quickly. There were no natural vegetation or animals on the snow-covered mountain. The group survived by collectively deciding to eat flesh from the bodies of their dead comrades. This decision was not taken lightly, as most of the dead were classmates, close friends or even relatives. 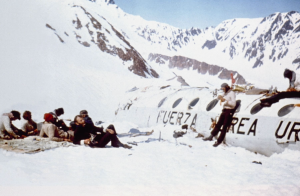 On the afternoon of 29 October, an avalanche cascaded down the survivors as they slept in the fuselage. Killing 8 of the 27 survivors. For three days the others survived in an appallingly confined space since the aircraft was buried under several feet of snow. Nando Parrado was able to poke a hole in the roof of the fuselage with a metal pole, providing ventilation.

Two months after the crash on 12 December 1972. Parrado, Canessa, and Vizintin began their trek up the mountain. Parrado took the lead and often had to be called to slow down, although the thin oxygen made it difficult for all of them. Since they were running out of food, they sent Vizintin back to the crash site.

Parrado and Canessa hiked for several more days. First they were able to reach the narrow valley that Parrado had seen on the top of the mountain, where they found the bed of Rio San Jose, leading to Rio Portillo which meets Rio Azufre at Maitenez. They followed the river and reached the end of the snowline. Gradually, there appeared more and more signs of human presence. Canessa noticed what looked like a man on a horseback. Divided by the Portillo River, Nando and Canessa tried to convey their situation, but the noise of the river made communication difficult. 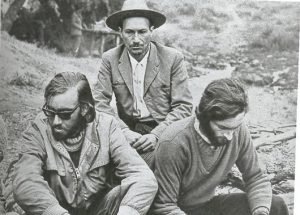 One of the horsemen, a Chilean arriero named Sergio Catalan, shouted “Tomorrow!” The trekkers knew at this point they would be saved and settled to sleep by the river. The next day, Catalan took some loaves of bread and went back to the riverbank. Catalan threw the loaves, which they immediately ate, and a pen and paper tied to a rock. Parrado wrote a note telling about the aircraft crash and asking for help.

Catalan read it and gave them a sign that he understood. He rode on horseback for many hours westwards to bring help. Parrado and Canessa were rescued and reached Los Maitenes, where they were fed and allowed to rest.

The following morning, the rescue expedition left Santiago and, after a stop in San Fernando, moved eastwards. Two helicopters had to fly in the fog but reached a place near Los Maitenes just when Parrado and Canessa were passing on horseback while going to Puente Negro. Parrado was recruited to fly back to the mountain in order to guide the helicopter to the remaining survivors. The news that people that survived the crash had also leaked to the international press and a flood of reporters began to appear along the narrow route from Puente Negro to Termas del Flaco. The reporters hoped to be able to see and interview Parrado and Canessa about the crash and their survival ordeal. 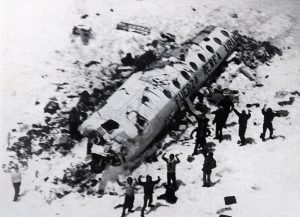 In the morning of the day when the rescue started, those remaining at the crash site heard on their radio that Parrado and Canessa had been successful in finding help and that afternoon on 22 December 1972, two helicopters carrying search and rescue climbers arrived. The expedition was unable to reach the crash site until the afternoon due to the difficulty of air travel through the Andes. The weather was very poor, and the two helicopters were able to take only half of the survivors. They departed, leaving the rescue team and remaining survivors at the crash site to once again sleep in the fuselage until a second expedition with helicopters could arrive the following morning. 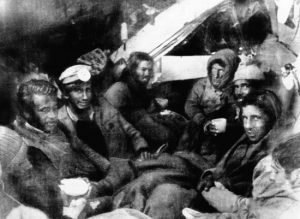 The second expedition arrived at daybreak on 23 December with the remaining survivors. They were taken to hospitals in Santiago for evaluation and were treated for a variety of conditions including altitude sickness, dehydration, frostbite, broken bones, scurvy and malnutrition. In total only 16 survived the 72-day ordeal.