#OnThisDay in 1982, Air Florida Flight 90 crashes into the Potomac River after takeoff 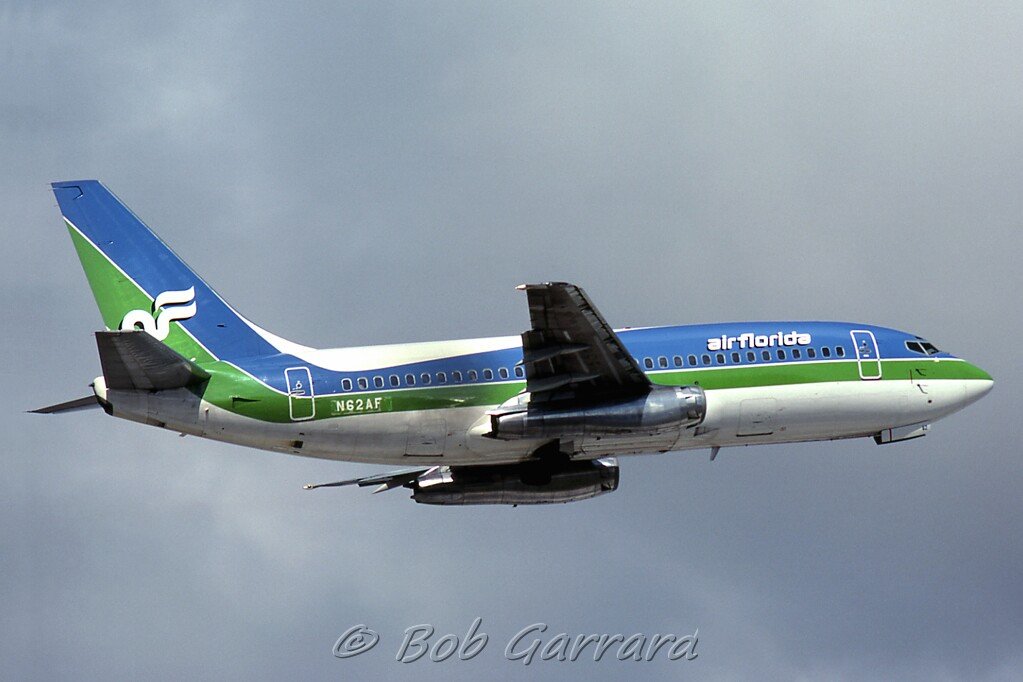 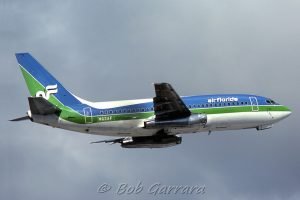 N62AF, the accident aircraft involved in Miami, Florida in December 1980. 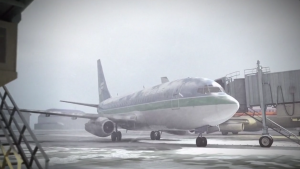 Air Florida Flight 90 was scheduled to leave Washington National Airport at 14:15 EST. However, due to the snowfall, the airport was closed for snow removal from 13:38 to 14:53. At about 14:20 maintenance personnel began de-icing the left side of the fuselage with de-icing fluid Type ll because the captain wanted to start the de-icing just before the airport was scheduled to reopen at 14:30 EST. Fluid had been applied to an area of about 10 feet when the captain terminated the operation because the airport was not going to reopen at 14:30. Between 14:45 and 14:50, the captain requested that the de-icing operation resumed. 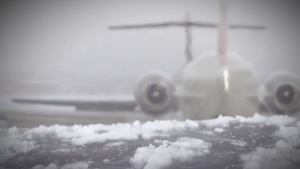 At 15:15, the aircraft was closed up and the jet way was retracted and the crew received push-back clearance at 15:23. At 15:38 the aircraft began taxiing to runway 36 during taxi the crew attempted to de-ice the aircraft by intentionally positioning the aircraft near the exhaust of a New York Air DC-9 in front of them. 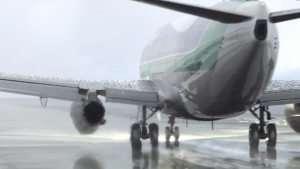 At 15:57:42, Flight 90 was cleared for takeoff. The captain and first officer proceeded to accomplish the pre-takeoff checklist, including verification of the takeoff engine pressure ratio (EPR) setting of 2.04 and indicated airspeed bug settings. Takeoff clearance was received at 15:58. Although the first officer expressed concern that something was ‘not right’ to the captain four times during the takeoff, the captain took no action to reject the takeoff. The aircraft accelerated at a lower-than-normal rate during takeoff requiring 45 seconds and nearly 5,400 ft of runway, 15 seconds and nearly 2,000 ft more than normal, to reach lift-off speed. The aircraft initially achieved a climb but failed to accelerate after lift-off. The aircraft’s stall warning stick shaker activated almost immediately after lift-off and continued until impact. The aircraft encountered stall buffet and descended to impact at a high angle of attack. 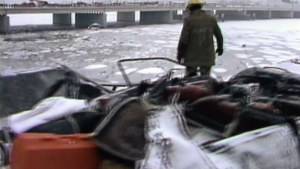 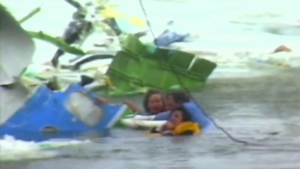 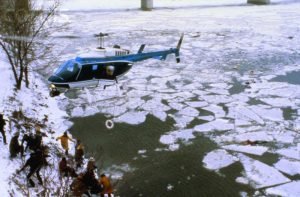 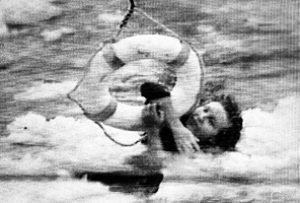 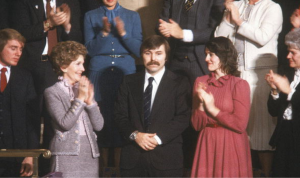 During the rescue, one of the survivors was too weak to grab the line when the helicopter returned to her. A watching bystander, Lenny Skutnik, stripped off his coats and boots and in short sleeves, dove into the icy water and swam out to successfully pull her to shore. 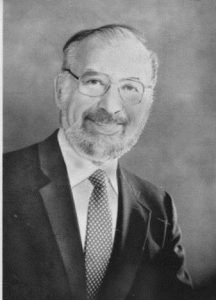 Another passenger Arland D. Williams Jr assisted in the rescue of the survivors but drowned before he himself could be rescued. Only 4 passengers & 1 flight attendant survived.

“He was about 50 years old, one of half a dozen survivors clinging to twisted wreckage bobbing in the icy Potomac when the first helicopter arrived. To the copter’s two-man Park Police crew he seemed the most alert. Life vests were dropped, then a flotation ball. The man passed them to the others. One two occasions, the crew recalled last night, he handed away a life line from the hovering machine that could have dragged him to safety. The helicopter crew – who rescued five people, the only person who survived from the jetliner – lifted a woman to the riverbank, then dragged three more persons across the ice to safety. Then the life line saved a woman who was trying to swim away from the sinking wreckage, and the helicopter pilot. Donald W. Usher, returned to the scene, but the man was gone.”

The investigation into the crash of Air Florida Flight 90 was led by the National Transportation Safety Board (NTSB). 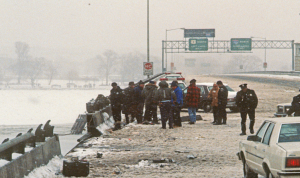 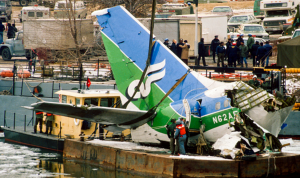 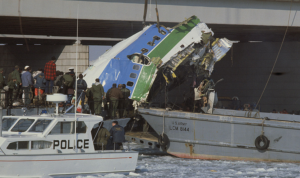 They concluded that the probable cause of the crash was the flight crew failure to use engine anti-ice during ground operation and takeoff, their decision to take off with snow/ice on the airfoil surfaces of the aircraft, and the captain’s failure to reject the takeoff during the early stage when his attention was called to anomalous engine instrument readings. Contributing to the accident were the prolonged ground delay between de-icing and the receipt of ATC takeoff clearance during which the airplane was exposed to continual precipitation, the known inherent pitch up characteristics of the Boeing 737 aircraft when the leading edge is contaminated with even small amounts of snow or ice, and the limited experience of the flight crew in jet transport winter operations.