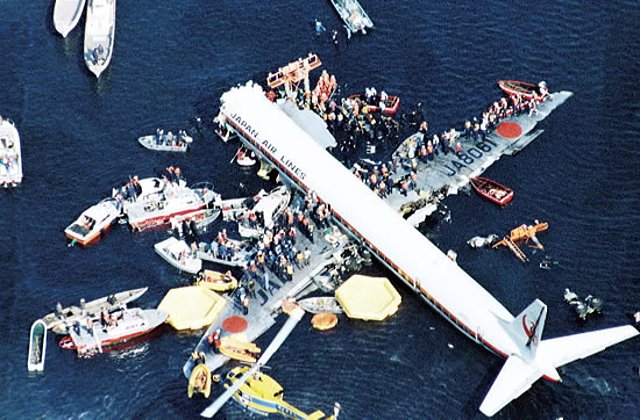 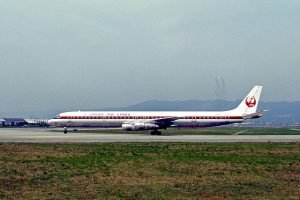 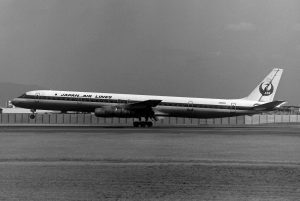 At 08:42, the aircraft descended through 1000 ft of an airspeed of 135 knots with the wind from a direction of 360deg at 20 knots. The co-pilot called out “500 ft” at 08:43:25 but the captain did not make the “stabilized” call-out as specified by JAL operational regulations. The airspeed decreased to 133 knots as the aircraft descended through 300ft at 08:43:50 and the co-pilot warned the captain that the aircraft was approaching decision height. At 08:43:56 the radio altimeter warning sounded, followed by the flight engineer calling out “200 ft”, which was the decision height, three seconds later. 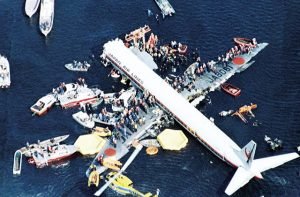 At 08:44:01 the aircraft descended through 164 ft at 130 KIAS (Knots Indicated Air Speed). At that moment the captain canceled autopilot, pushed his controls forward and retarded the throttles to idle. The co-pilot tried to regain control but the aircraft crashed into the shallow water of Tokyo Bay, 510 meters short of the runway 33R threshold. The nose and the right-hand wing separated from the fuselage. 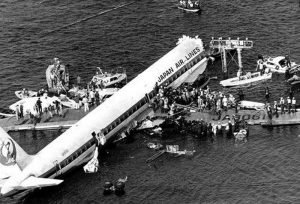 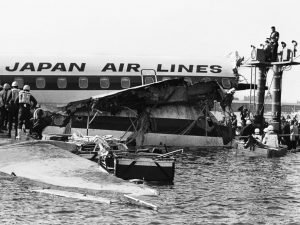 Among the 166 passengers & 8 crew members, 24 were killed in the crash. Katagiri, one of the first people to take a rescue boat, told rescuers that he was an office worker, to avoid being identified as the captain. Katagiri was later found to be suffering from a mental illness prior to the crash, which resulted in a decision that he was found not guilty by reasons of insanity. The has since been released from psychiatric care and lives near Mount Fuji. 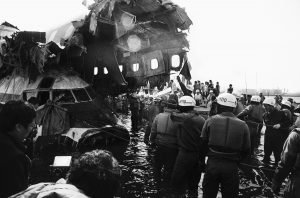